Hayden Panettiere's father Alan has confirmed that the 24-year-old actress' pregnancy was planned. 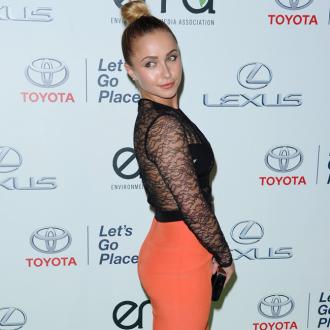 The 'Nashville' actress, 24, is thrilled to be expecting her first child with her fiancé Wladimir Klitschko, 38, because they had been trying to have a baby for a while.

The star's father, Alan Panettiere, told In Touch magazine: ''The pregnancy was definitely planned. Our whole family is very excited [for the baby to arrive].''

The couple, who got engaged earlier this year, hope to get married before the blonde beauty gives birth.

Alan said: ''Their schedules are tight right now. But they're going to work it out.''

The former 'Heroes' actress feels mature for her age and has been longing to start a family for years.

Hayden previously said: ''I've lived a very big life, and I don't feel my age, and I feel like I was born to be a mother.

''Motherhood is the most beautiful, exciting thing, and there's nothing that I feel like I can't accomplish while having children in my life.''