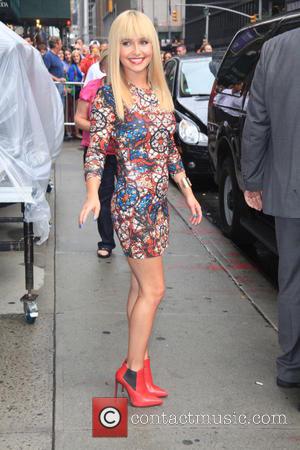 Actress Hayden Panettiere has confirmed she and boxer Wladimir Klitschko are engaged after showing off a new diamond ring on live Tv in America.

The star was a guest on Live With Kelly & Michael on Wednesday (09Oct13) and coyly talked about the rock on her finger after stepping onto the set with a boa constrictor around her neck - and a sparkler on her left hand.

Host Kelly Ripa said, "I'm sort of distracted, not just by the snake, but there's a very large diamond ring on your finger... I'm not sure if you want to announce anything... Does that signify anything, is that a promise of something?"

The 24 year old played coy, revealing it "might" mean something, but added, "I think it speaks for itself."

Ripa then asked the former Heroes star if she was indeed engaged to longtime boyfriend Klitschko, 37, prompting Panettiere to gleefully state, "I am!"