If ‘The Wind Rises’ is really to be Hayao Miyazaki’s last feature, then he certainly departs the medium at a good moment, receiveing critical acclaim for his historical drama, which also achivieved commercial success by being Japan’s highest grossing film of 2013. 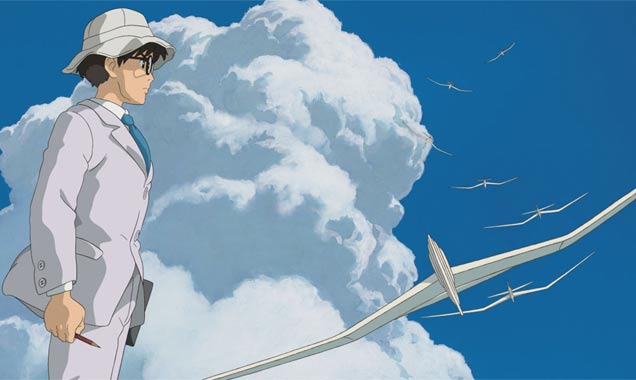 Jiro dreams of taking to the sky

Admist the backdrop of 1927 Japan, ‘The Wind Rises’ follows Jiro, who wants to take to the sky in beautiful planes of his own design - inspired by the famous Italian aeronautical designer Caproni. For Jiro, aeroplanes aren’t intended for war or for profit, but to help realise the dreams of many; to soar above the clouds.

“There is a wonderful gentleness and intelligent idealism to this animation by 73-year-old Hayao Miyazaki, understood to be his final work, now available here in subtitled and dubbed versions. It is a tribute to the aeronautical engineer Jiro Horikoshi, who was a pioneer in aircraft design in the first half of the twentieth century,” writes The Guardian’s Peter Bradshaw.

Dan Jolin of Empire magazine notes, “While Miyazaki's two-hour-long, historical-melodrama swansong is destined to be his most divisive film yet, it is also his most adult and interesting, and never less than visually breathtaking throughout.”

Read our review of 'The Wind Rises'

“The film is one of the most rapturously beautiful that Miyazaki has made, and all the more unsettling because of it,” says Ben Sachs of The Chicago Reader, while Andrew O’Hehir of Salon.com notes it’s “A work of immense mystery and strangeness, loaded with unforgettable images, spectacular sweeps of color and nested, hidden meanings.”

With such anime behemoths behind him (‘Ponyo’ and ‘Spirited Away’) Miyazaki could have retired from feature films with legendary status a long time ago. ‘The Wind Rises’ is aimed at a more adult audience, but it maintains the charm and finesse typical of his previous work.

Watch the trailer for 'The Wind Rises' here

Hayao Miyazaki Set To Retire From Film Making, Does He Leave On Top?

Studio Ghibli's Hayao Miyazaki To Retire From Animation: 'The Wind Rises' Will Be Swan Song