Multi instrumentalist Ryan Corrigan is releasing two album in 2010, one is titled Meat (physical) and the other Milk (digital). This his 12th studio album dating back to 1999, has a strong theme of failed relationships and heartbreak, featuring titles such as You Don't Just Want To Break Me (You Want To Tear Me Apart) and We'll Make Time (Even When There Aint No Time) not the best song titles of all time but certainly self explanatory all the same.

There are a contrast of sounds on Meat, opening track Song for Sarah is a soft soothing piano led ballad, boasting gushing lyrics about 'it being forever' and 'life will keep you bleeding'. Fast forward to French Girl In LA and what you get is quite the sea change. Heavy drums and power chords make up a chorus that moves at the rate of knots and quite literally catches you off guard.

This isn't the most commercially crafted album you're likely to hear in 2010, tracks such as Baby Mosquito, a soothing ballad that plods along nicely and occasionally pulls out Guns N Roses guitar solos as well as the politically driven The Government protects the mighty are acquired tastes to say the least. However, Hawksley Workman's stab at single material works surprisingly well in the form of (The happiest day I know is a) Tokyo bicycle. There's something a bit Beatlesish about the track, its chorus is uplifting with bizarre lyrics making sound like something from the White Album. 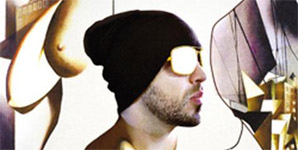