Review of Self-titled Album by Haunts 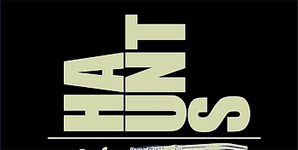 I have to admit that having never heard them prior to this album I was a little surprised. First track 'London's Burning' starts off quite dark, almost punk like. I was sort of put off.

However, putting it back on again I discovered the true gem that is Haunts. 'London's Burning' actually turns into a really impressive and catchy track. This continues throughout the ten track album which demonstrates real potential. With chorus beats which could become almost infectious this band really could put on a great live show.

There are definite influences from the likes of Franz Ferdinand, Talking Heads, and perhaps even the Kaiser Chiefs. With that mix, this album places itself in a league of its own.

Haunts are a talented guitar band that I personally want to hear more from.