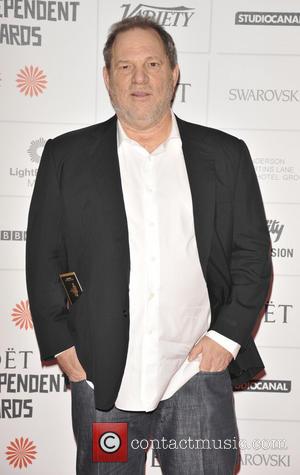 Movie moguls Bob and Harvey Weinstein have filed a $75 million (£50 million) lawsuit against production studio bosses in a dispute over profits from The Hobbit films.

The Weinstein brothers signed a deal with executives at New Line Cinema Corporation, part of the Time Warner brand, in 1998, giving producers the rights to make films based on the hugely popular J.R.R. Tolkien book.

According to documents filed in New York's Manhattan Supreme Court on Wednesday (11Dec13), New Line chiefs agreed to pay the plaintiffs five per cent of gross receipts for the "first motion picture" from the fantasy novel, directed by Peter Jackson, as they had already invested $10 million (£6.7 million) into developing a big screen adaptation of The Hobbit.

However, the Weinsteins claim the defendants then decided to split The Hobbit into three movies and are now refusing to pay them for money made from the second and third films, with producers insisting they are actually "remakes" - which the brothers would not be compensated for.

In court papers, the Weinsteins state, "The three part motion picture collectively tells the entire story of The Hobbit", adding, "This case is about greed and ingratitude."

The first installment, The Hobbit: An Unexpected Journey, hit cinemas last year (12) and grossed over $1 billion worldwide, and the follow-up, The Desolation of Smaug, opened in theatres this week (begs09Dec13). The third movie, There and Back Again, is scheduled for release next year (14).

Bosses from both New Line and Time Warner have been named as defendants in the case.