Childhood: Harvey Weinstein was born in Flushing, New York. His parents were Max Weinstein, a diamond cutter, and Miriam. He was raised in a Jewish household. He attended the John Bowne High School and the University at Buffalo.

Film career: Harvey Weinstein began his career producing rock concerts as Harvey & Corky Productions with his brother Bob Weinstein and their friend Corky Burger. They founded an independent film distribution company called Miramax (an amalgam of their parents' names). They released films such as Paul McCartney's 'Rockshow'. Their movie for Amnesty International 'The Secret Policeman's Other Ball' in 1982 was credited with raising the profile of the charity in the US. The company received national attention in 1988 after releasing Errol Morris's crime documentary 'The Thin Blue Line'. They became the most successful independent film studio in the US with the release of Steven Soderbergh's 'Sex, Lies, and Videotape' in 1989. 1989 also saw Miramax release 'The Cook, the Thief, His Wife & Her Lover' and 'Tie Me Up! Tie Me Down!' which were both X-rated by the MPAA, though Weinstein attempted to sue the ratings computer and it was later changed to NC-17 rated. Following the release of 'The Crying Game' in 1993, Disney bought the company for $80 million and released Quentin Tarantino's 'Pulp Fiction' in 1994 and distributed 'Clerks'. Miramax won an Academy Award with 'The English Patient' in 1996 and soon followed many other successes including 'Shakespeare in Love' and 'Good Will Hunting'. In 2005, the Weinsteins left Miramax and formed the production company The Weinstein Company garnering Academy Award nominations with 'Transamerica' and 'Mrs. Henderson Presents'. They did the documentary film 'The Oath of Tobruk' about the 2011 Libyan revolution. He was honoured as a Commander of the Order of the British Empire for his efforts in the British film industry. He has been criticized for his editing of the Asian films 'Shaolin Soccer', 'Hero' and 'Princess Mononoke', detailed in Peter Biskind's book 'Down and Dirty Pictures: Miramax, Sundance and the Rise of Independent Film'. He has a reputation for anger, once putting a reporter in a headlock while throwing him out of a party and once attacking Julie Taymor over a screening her movie 'Frida'. He has been involved in a variety of charities regarding poverty, AIDS, juvenile diabetes, and multiple sclerosis. In 2009, singer Sam Moore attempted to sure The Weinstein Company for allegedly basing the comedy 'Soul Men' on his career. In 2011, Michael Moore took the company to court alleging that he was owed millions for the 2004 documentary 'Fahrenheit 9/11'. Harvey Weinstein:

Personal life: Harvey Weinstein married his assistant Eve Chilton in 1987. They divorced in 2004 after having had three children; Lily, Emma and Ruth. In 2007, he married Georgina Chapman with whom he has two children; India Pearl and Dashiell. In 2012, he was the victim of an attempted extortion by Vivek Shah who threatened to murder his family if they did not pay millions of dollars. He was soon arrested.

Judd was one of the first women to come forward to accuse Weinstein of sexual misconduct in October 2017.

The sexual harassment claim brought by actress Ashley Judd against the disgraced Hollywood mogul Harvey Weinstein has been dismissed by a Californian court after it ruled that a change in the law could not be applied retrospectively in her case.

However, the judge indicated that Judd could still pursue a defamation claim against Weinstein that he tried to sabotage her career.

Since allegations from a handful of women were published by the New York Times back in October 2017, more than 80 women have come forward to allege varying degrees of sexual misconduct and abuse at the hands of Weinstein dating back decades.

The case against Weinstein will go ahead after the judge dismissed a motion by his defence team to have it thrown out.

The sexual assault case against disgraced former Hollywood mogul Harvey Weinstein will go ahead after a New York judge dismissed claims by the defence that the prosecution’s case is “irreparably tainted”.

Judge James Burke on Thursday (December 20th) rejected a motion from Weinstein’s defence team to dismiss the criminal charges against him.

Since Weinstein’s plea of not guilty entered back in June, the prosecution’s claim had been clouded by allegations that the police had acted improperly in the process of gathering evidence – specifically, that a detective had coached a potential witness and one of the accusers. They also claim the grand jury should have been shown evidence that Weinstein had exchanged friendly emails with his two accusers after the alleged attacks.

McGowan insists that the charges are the result of a plant concocted as part of a campaign to silence her by Harvey Weinstein.

Rose McGowan, the actor who helped spear-head the #MeToo movement aimed at exposing sexual abuse in Hollywood, has been indicted by a grand jury for felony possession of cocaine, it has been reported.

Online court records at Loudoun County, Virginia show that the 44 year old star was handed down an indictment on one count of felony possession of a controlled substance on Monday (June 11th), with a trial date to be confirmed the day after. McGowan has previously argued that the charges are cooked up, and are connected to her activism after she was one of the first women to come forward with allegations of rape against Harvey Weinstein.

McGowan’s attorney, Jose Baez, told reporters soon afterwards: “Rose steadfastly maintains her innocence. These charges would have never been brought if it weren’t for her activism as a voice for women everywhere.”

Weinstein appeared in court in Manhattan to enter a not guilty plea to two charges of rape and one of a criminal sexual act.

Harvey Weinstein has entered a plea of not guilty to charges of rape and sexual assault as he appeared in court for the first time in formal proceedings, regarding the raft of allegations made against him.

The disgraced former Hollywood power-player appeared in court in New York City, after he was formally indicted last week on two counts of rape and one of a criminal sexual act. These regard separate incidents involving two separate women in 2013 and 2004.

One alleged victim told investigators that the mogul cornered her in a hotel room and raped her, while the other accuser, former actress Lucia Evans, elected to waive her right to anonymity and alleges that Weinstein forced her to perform a sexual act in his office in 2004.

Weinstein has been indicted in New York on two counts of rape and one of a criminal sex act relating to two alleged incidents in 2004 and 2013.

The development came a few hours after Weinstein had waived his right to appear before the panel and testify on Wednesday afternoon (May 30th). The grand jury’s role in the hearing was to decide whether there was enough evidence for criminal charges, and its decision means that the disgraced mogul is “another step closer to accountability”, according to Manhattan district attorney Cyrus Vance Jr.

66 year old Weinstein was formally charged last week with two counts of rape and one count of a criminal sexual act, for alleged incidents involving two separate women in 2004 and 2013.

Harvey Weinstein wanted one movie, and almost sacked Peter Jackson over it.

In case you needed another reason to despise Harvey Weinstein, it has now been revealed that he almost prevented 'The Lord of the Rings' film series from happening. Well, it would still have happened, but definitely not as we know it. Can you imagine Quentin Tarantino at the helm instead of Peter Jackson? 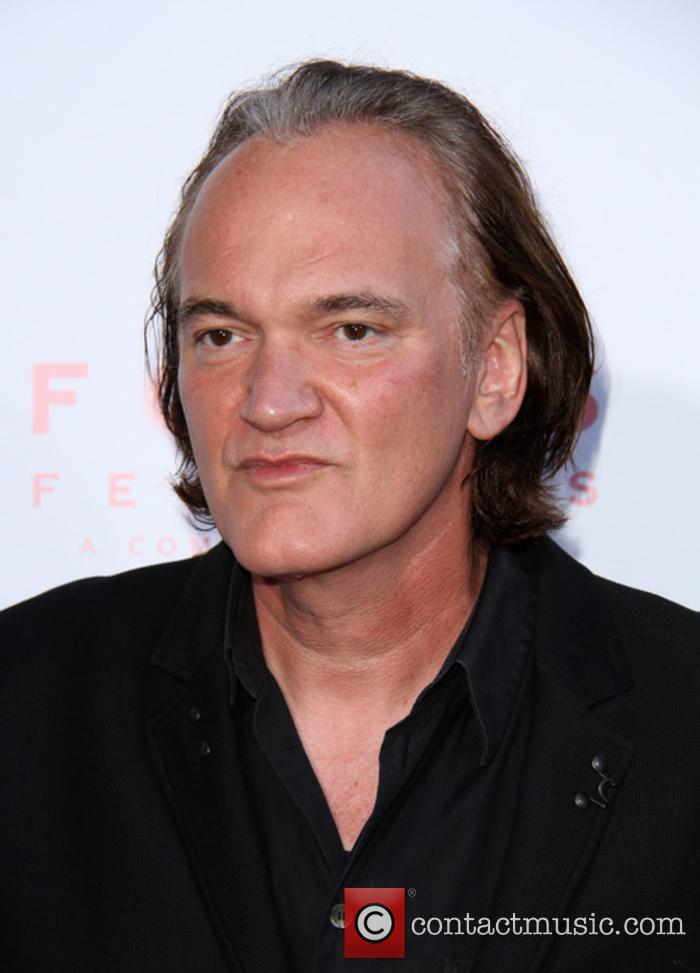 Quentin Tarantino at 'The Beguiled' premiere

It would break any film lover's heart to discover that Weinstein cared so little about his potential audience and creating one of the greatest film franchises of all time and so much more about saving money. But he hated the idea of a 'Lord of the Rings' film series so much, that he tried to cut it into one single two-hour movie.

Continue reading: 'Lord Of The Rings' Was Almost Directed By Quentin Tarantino

Blanchett, an advocate for the Time's Up movement, spoke to Variety about Harvey Weinstein's behaviour towards her.

Cate Blanchett has detailed allegations of sexual misconduct she suffered at the hands of the disgraced Hollywood power figure Harvey Weinstein.

The Australian star, who has been a vocal supporter of the Time’s Up movement ever since allegations against Weinstein and other figures in the industry snowballed in October last year. However, in a new interview with Variety, she detailed her encounters with Weinstein, saying that she got “a bad feeling” from him.

Blanchett has starred in several Weinstein-backed films, including The Aviator and Carol, and was asked by the interviewer whether he had ever behaved inappropriately with her. She replied, “With me, yes… He would often say to me, ‘We’re not friends.’”

Disgraced movie mogul Harvey Weinstein is hoping to be "forgiven" by Hollywood, according to Piers Morgan.

Harvey Weinstein is one of the most reviled names right now in Hollywood, with the disgraced movie mogul being accused by a number of different people of sexual misconduct throughout the decades. Currently undergoing treatment for issues that haven't been disclosed in an Arizona clinic, not much has been heard about the producer.

One of the most prolific accusers of Weinstein is actress Rose McGowan, who readily admits she doesn't think he'll be prosecuted for his alleged criminal activity. Weinstein has denied her claims and those of others who say he engaged in non-consensual sex with them.

The work done by New York Times journalists Jodi Kantor, Megan Twohey and Rebecca Corbett is to be made into a film.

Two large Hollywood production companies have acquired the rights to develop a movie documenting the reporting of the Harvey Weinstein scandal conducted by the New York Times, in the vein of Oscar-winning film Spotlight.

The film will follow the research, reporting and aftermath of the October 2017 expose compiled by the Times’ investigative reporters Jodi Kantor and Megan Twohey, as well as their editor, Rebecca Corbett. The article exposed decades of serious sexual misconduct allegations against Harvey Weinstein, then one of the most powerful executives in Hollywood.

That article, as well as the work of The New Yorker’s Ronan Farrow, helped to galvanise the #MeToo movement and has exposed the abuses of power across various industries and won the Pulitzer Prize for public service. 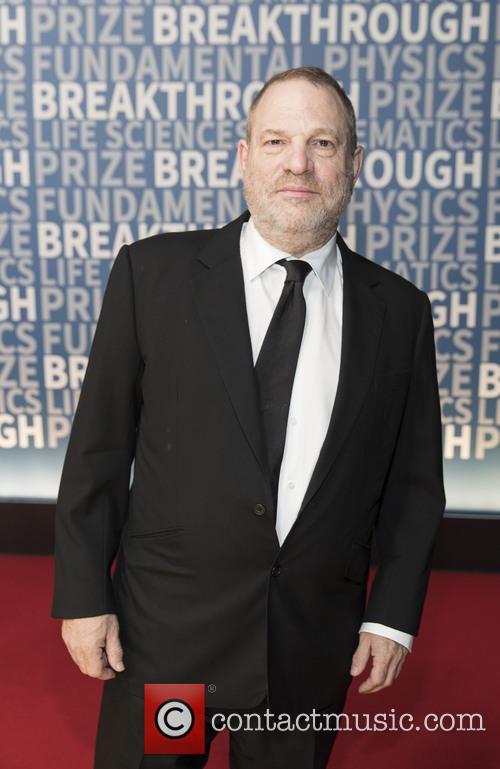 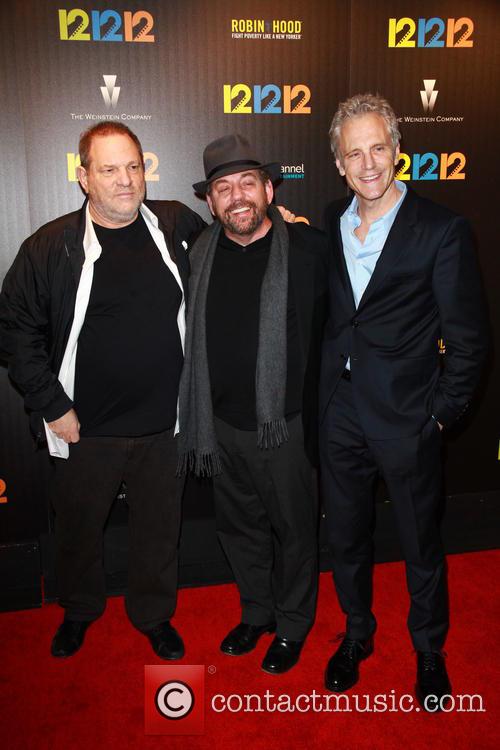 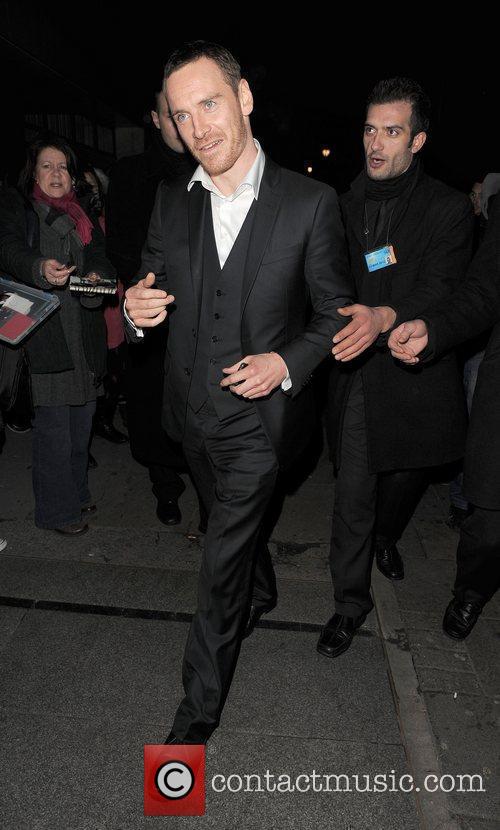 Harvey Weinstein Will Not Face Prosecution Over Groping Allegations

ITV in Talks to Buy Weinstein TV Arm for $1 Billion 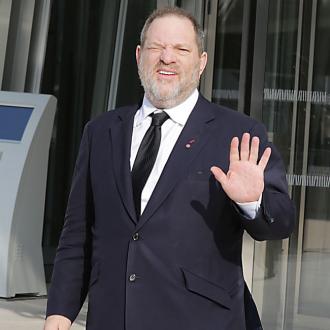 Harvey Weinstein Goes on Attack over Criticism of 'American Sniper' 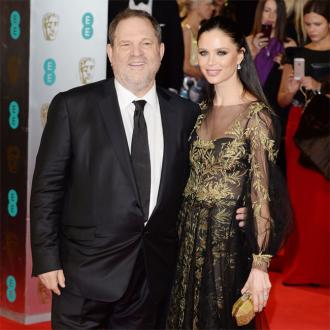 Judi Dench gets Harvey Weinstein's name tattooed on her butt

Harvey Weinstein Vows To Back Major Cut Down On Violent Movies 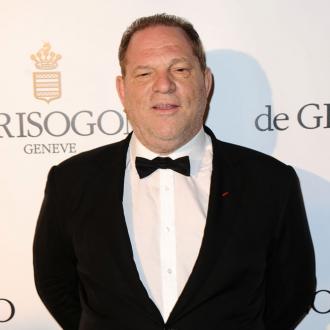 Before The Desolation Of Smaug's Release, The Weinstein Brothers Are Suing New Line For Their Cut Of The Profits