One Direction head home to work on album

One Direction will start writing their new album this month. 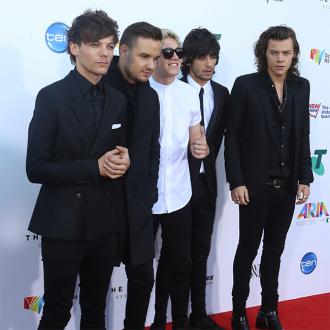 One Direction have returned home to work on their album.

The group - featuring Harry Styles, Liam Payne, Louis Tomlinson and Niall Horan - jetted back to the UK over the weekend after finishing the Asian leg of their 'On The Road Again Tour', and are planning on completing their fifth studio album before their next string of dates begin in June.

Louis tweeted: ''This leg of the tour really has been amazing !! Looking forward to start working on the new record but gonna miss the shows big time !!! (sic)''

Echoing his pal's sentiments, Liam, 21, explained they would be spending the break penning hits to follow-up their successful singles such as 'Steal My Girl' and 'Night Changes'.

He wrote: ''Now in home I just wanna thank everyone for an amazing start to the tour now it's album writing time then back to it! Wish us luck :D (sic).''

However, having only just landed following weeks of shows and controversy following Zayn Malik's departure from the band, Louis admitted he was looking forward to ordering a Domino's pizza before creating more music with his bandmates.

The four-piece group - who released their last record, 'Four', in November - confirmed in December they would be releasing a fifth album, and have since been spotted writing with rapper Juicy J and Nickelback frontman Chad Kroeger.