One Direction Will Take Long Break After Fifth Album

The 1D boys have agreed to take a hiatus of at least a year to pursue solo projects, starting in March.

Take a deep breath, Directioners, they're not officially splitting up - and this apparently has nothing to do with Zayn Malik's departure from the band. Today it was revealed that Harry Styles, Liam Payne, Louis Tomlinson and Niall Horan have agreed to an extended break of at least 12 months, starting in March 2016, to pursue solo projects. 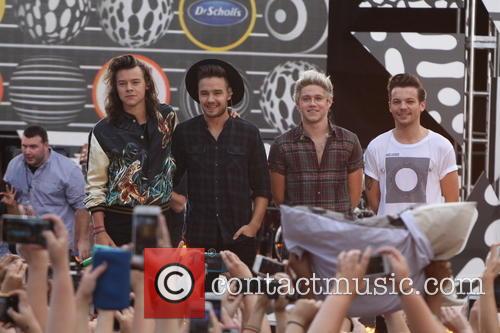 The 1D boys are going in different directions

The Sun reveals the boys have decided not to take the opportunity to tour after the Christmas release of their fifth album, and will instead temporarily disband, leaving each of them free to pursue other avenues.

The news means their last full concert will be at Motorpoint Arena in Sheffield on Halloween, October 31.

A source said, "The guys have been together for five years, which is an incredible run for any boyband. They fully deserve to have at least a year to work on their own projects. There is absolutely no bad blood between them and they are all 100 per cent behind the decision.

"It is definitely not a split and they fully intend to get back together at some time in the future. But for now it is the end and they go out on top as the world’s most popular music act."

More: Watch One Direction's video for 'Drag Me Down'

The group will take a break over the festive season, before coming back together to fulfil the rest of their promotional commitments for record label Syco in February. After that, they will go their separate ways (temporarily, they're promising...)

The insider added, "This was the plan with or without Zayn. In fact, the band have been making amazing music and been incredibly happy without Zayn.

At the time of writing, there's no mention of the news on One Direction's official Twitter page.