Kodaline and Harry Styles have teamed up and written an ''unrequited love'' song, but they're unsure if it'll ever be released. 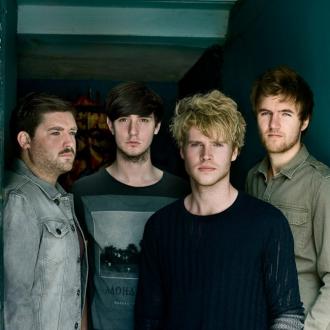 Kodaline and Harry Styles have written a song about ''unrequited love''.

The Irish rock band have teamed up with the One Direction hunk for a secret romantic song, but they admit they don't know whether it will ever be released.

Guitarist Mark Prendergrast told BANG Showbiz: ''Harry Styles came to two of our shows and he's a big fan and we ended up going to the studio and writing a song together.

''He's a really good lad. Very funny and a very good writer and singer. It was an unrequited love song but we're not sure what we're doing with it yet, but it's there.''

The 'High Hopes' hit makers - consisting also of Steve Garrigan, Jason Boland and Vincent May - can also count Nicole Scherzinger as a fan after she turned up to a show they did in Los Angeles.

Mark explained: ''We did a show in LA and we're in this big old theatre and it was a mad show. Nicole Scherzinger came along. We heard she might be coming and we were like, 'No, she's not coming'. Then I could see her from the stage and I was like, 'Jesus, there she is'.

''Apparently she's a huge fan, she emailed our manager asking for tickets and she listens to the album a lot. And we went to a friend's house after and she said she listens to our songs in the gym and in the bath tub.''