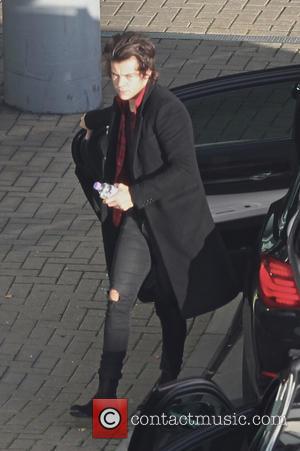 Picture: Harry Styles - Harry Styles from One Direction arrives back in London after finishing their present World tour in Japan. - London, United Kingdom -...

Harry Styles and Tokio Hotel were early winners at the Mtv Europe Music Awards on Sunday (10Nov13) after picking up honours on the pre-show red carpet.

Neither of the winners were on hand to accept their awards.

The big show is currently taking place in Amsterdam, Holland. Miley Cyrus, Eminem and The Killers are among the acts who will be performing and Justin Timberlake and MACklemore & Ryan Lewis lead this year's nominations with five apiece.