Harry Styles to have cameo in Absolutely Fabulous movie

Harry Styles is being lined up by Jennifer Saunders to star in the upcoming 'Absolutely Fabulous' movie. 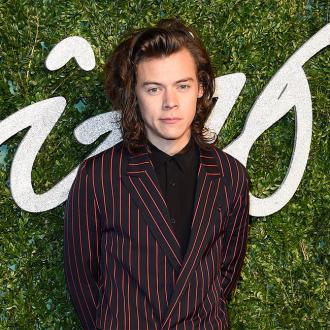 Harry Styles is set to bag a cameo role in the upcoming 'Absolutely Fabulous' movie.

The 21-year-old singer has only just announced he, along with his other bandmates, is taking a break from One Direction, but he certainly isn't short of future projects as he's already being eyed by Jennifer Saunders, 57, to star in her new comedy film.

A source told The Sun newspaper: ''Jennifer has told friends she wants Harry to be part of the movie. She's got some great cameos in the bag already, but wants to give the film a young, hipster edge.''

The screenwriter-and-comedienne - who portrays PR guru Edina 'Eddie' Monsoon - is hoping to work the wavy-haired hunk into the script in such a way that he'll become a bit of eye-candy for her alter-ego's chain-smoking best friend Patsy Stone, who is played by director Joanna Lumley.

The source explained: ''If she can find a way to work him into the script, then Patsy could have a new bit of totty to chase.''

However, Harry isn't the only star being lined up for a cameo as Jennifer is also hoping to snag Kate Moss and Lulu.

Meanwhile, this will be the first time Patsy and Edina have appeared in a feature-length film, having previously starred in fives series' of the BBC sitcom, which began in 1992.

Shooting for the movie is set to kick off next month.