Harry Styles has admitted he knows when flirty females are trying to date him for his fame and can tell when they genuinely like him. 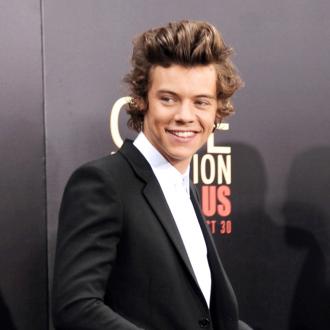 Harry Styles says he finds it ''pretty easy'' to tell whether a girl just wants to date him for fame.

The One Direction heartthrob, who has been romantically linked to the likes of Taylor Swift and Kendall Jenner in the past, has admitted he can see right through the flirty females who try to sweeten him up for all the wrong reasons.

When asked whether he worries if a girl wants to be with him for his celebrity status, Harry, 21, said with a smile: ''I think people who would approach someone in that way for the wrong reasons are usually quite transparent.

''I think it's pretty easy to tell what someone's intentions are.''

However, Harry's bandmate Niall Horan, 22, has admitted most of the speculation surrounding their love lives are just rumours and he's learnt to block it out over the years otherwise it will end up ''wrecking'' his head.

He said on Britain's breakfast show 'Lorraine' this morning (19.10.15): ''You have to kind of get over it, if you keep reading all those stories it's just going to wreck your head but like you know whatever, you can have friends, we're all allowed to have friends.''