Harry Styles has been sending Miley Cyrus flirty text messages since they met at the VMA awards in August. 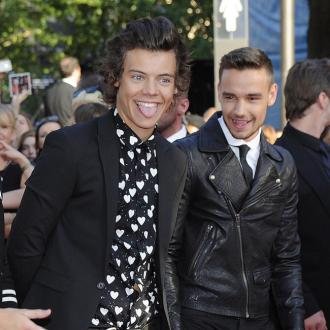 The One Direction womaniser is said to have set his sights on the 'Wrecking Ball' singer after her wild antics and racy Twerking at the MTV Video Music Awards (VMAs) in August, striking up a flirty text relationship with her.

A source told the Daily Star newspaper: ''It's no secret in Harry's circle he's obsessed with Miley. It started when she cheekily pinched his bum at the VMA awards. Afterwards he made a few jokey comments about her on TV and then dressed up as her for Halloween.

''So he decided to message her to make sure she wasn't offended by any of his remarks or actions. She wasn't - and they've been texting since.''

The 'Story Of My Life' hitmaker - who has previously dated Taylor Swift and TV presenter Caroline Flack - has been in constant contact with Miley and plans to party with her when he visits Los Angeles this December.

The insider added: ''He cheekily asked her, 'Can I come and drive your Maserati [car] sometime? And naturally he also reminded her they are both currently single, which is very typical of him and his flirty ways.''

Harry donned a nude-coloured bikini for Halloween to impersonate Miley and her infamous VMAs performance with Robin Thicke, and the 'Wrecking Ball' singer was impressed with the 19-year-old star's courage to bare all.

She said at the time: ''I think Harry might have been one of my favourites. Those shorts were very revealing. Much more revealing and aggressive than my costume; I'm just saying!''