Harry Styles Says Being Female Is "Not That Important" A Trait In Potential Partners: The Internet Goes Crazy

A recent interview with One Direction heartthrob Harry Styles has sent the rumour mill spinning about the singer’s sexuality.

Step away from those computers One Direction fans! Harry Styles has managed to cause online hysteria once again, and it’s all thanks to one little comment he made during a recent interview. 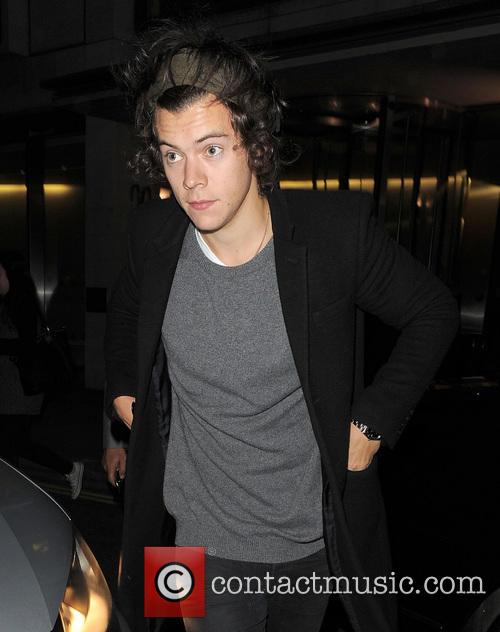 Along with bandmate Liam Payne, Harry was being interviewed by On Demand Entertainment, for a segment suggestively named FourPlay.

The pair were answering a series of questions submitted by fans through twitter when things inevitably turned to the romantic, as one tweeter wanted to know what ‘four favourite traits’ they looked for in a girl.

Liam answered first saying, "female, it’s a good trait.” But Harry then chimed in saying "not that important.” The two then gave a laugh and moved on, with Harry eventually listing sense of humour, someone who’s natural and just being nice as his favourite traits.

However it seems a certain section of the internet have dwelled a little too long on Harry’s initial comment, leading some to speculate on the singer’s sexuality.

Watch the interview with Harry Styles and Liam Payne:

While it really is nobody’s business, it’s not the first time Harry’s sexuality has been the subject of rumours. In July last year, speculation over his close relationship with DJ Nick Grimshaw caused him to tell GQ magazine he "didn’t think" he was bisexual.

"Bisexual? Me? I don’t think so. I’m pretty sure I’m not," he said. Adding that he and Grimshaw were not dating and “just friends.”

In other 1D news, the band are currently preparing for the release of their fourth album, Four on November 17th. Last month the five piece released the video for the record’s first single ‘Steal My Girl’ which featured a guest appearance by Danny DeVito.