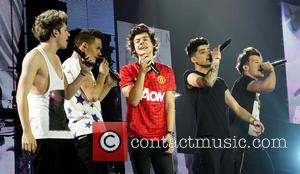 Harry Styles has got a new man in his life. Harry, 19, is often spotted out and about, socialising with older guys, like Nick Grimshaw and James Corden but it looks as though a brand new high-profile bromance is developing for young Harry. The One Direction singer spent much of his weekend hanging out with the Manchester United footballer Rio Ferdinand and there was a whole bunch of reciprocal backslapping going on, with Harry eating at Rio’s restaurant and watching Man U play Reading. Rio even went to a One Direction concert and managed to survive being in an arena full of screaming women. 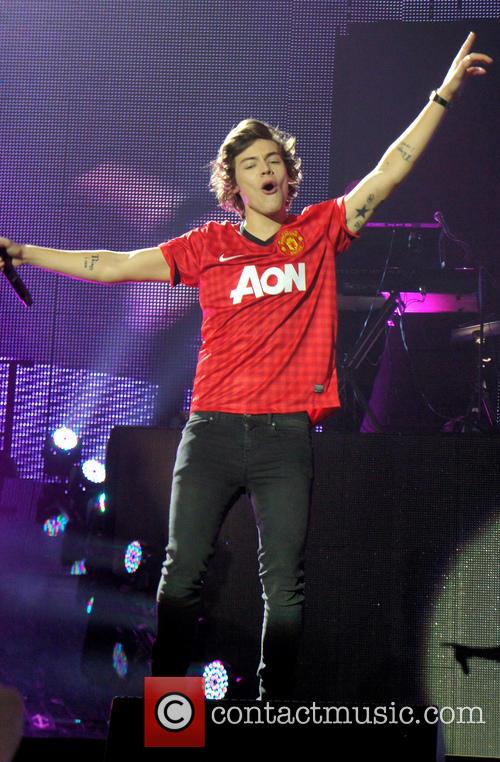 Rio Ferdinand went to watch the boy band when their tour rolled into Manchester on Saturday and tweeted “Just at the 1Direction concert....ear drums are struggling...never heard so much screaming!! Aaaaaaaaaahhhhhhh!!! Lads on fire!” Having survived the… er… experience, Rio got Harry a VIP ticket for the match and even kept his restaurant, Rosso open until 2am so that he and Harry could grab a meal together. To reciprocate the Twitter support, Harry posted a picture of himself wearing a Manchester United shirt with Rio’s surname on the back. 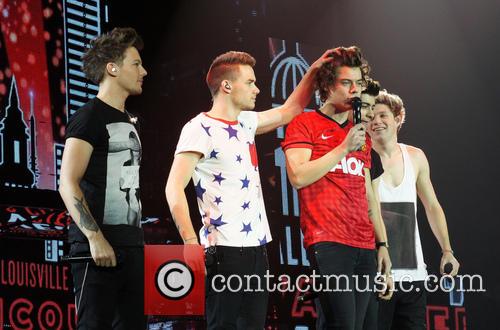 One Direction performing in Manchester