One Direction played a game of 'Never Have I Ever' on 'The Ellen Show' on Wednesday, with surprising results.

One Direction are at last wrapping up their world tour in promotion of their newly-released album, and stopped off on the ‘The Ellen Show’ to tell Ellen Degeneres some of their secrets in a game of ‘Never Have I Ever’ – and the revelations were surprising!

Band leader Harry Styles made a couple of eyebrow-raising reveals during the short game on the show on Wednesday (November 18th), admitting that he once snogged one of the band’s fans, and also that he has gotten romantically involved with somebody twice his age. 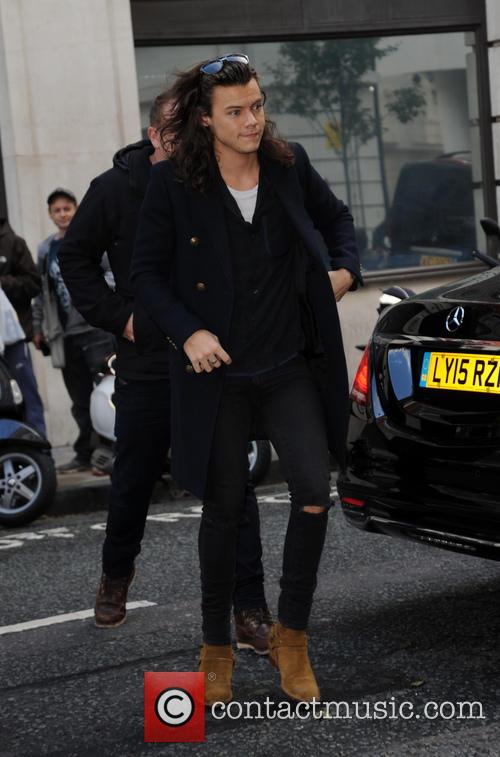 In response to Ellen’s challenge “never have I ever made out with someone double my age,” the 21 year old sheepishly quipped, “What is this game?!” before being cajoled into turning his board round after he had first turned his board to read ‘I Have Never’, along with the rest of his bandmates.

He and his bandmates, Niall Horan, Louis Tomlinson and Liam Payne, were then all asked whether they had hooked up with a fan – to which Styles was also forced to say yes, joking that his board must be “broken”.

More: Zayn Malik opens up about One Direction exit in first solo interview

Harry has previously been in relationships with ‘X Factor’ presenter Caroline Flack and radio DJ Lucy Horobin, both of whom are 15 years older than him. He was also in a brief relationship with fellow pop star Taylor Swift a few years ago, somebody who is known to write songs about former boyfriends.

Ellen tried to reference this during the game, asking, “Never have I ever have someone write a song about me.” Styles tried to disagree with the statement, but the host was having none of it, replying “We are not going to play if anyone lies. We are very honest in this studio, very truthful.”

One Direction are currently engaged in a major chart battle with Justin Bieber, as they released their fifth album Made In The A.M. last Friday, the same day as the Canadian singer’s first album in three years, Purpose. Midweek chart sales put 1D ahead in their native Britain, but behind Bieber in the States.