Harry was previously rumoured to be working on solo material after One Direction announced their hiatus.

Harry Styles has reportedly signed a recording contract with Columbia Records, the same label behind One Direction, Billboard reports. The news that Styles is ready to become a solo artist has sent some One Direction fans into a panic, worried that it means the band’s hiatus may be permanent. 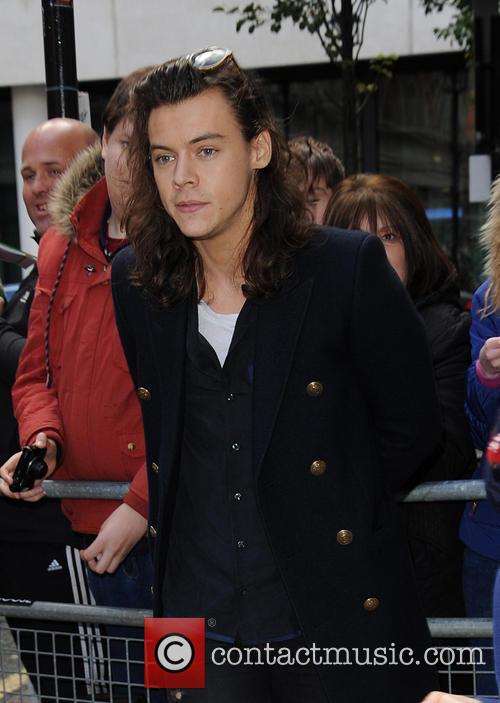 According to Billboard the terns of Styles’ deal are not yet known and there is no timeline for a solo album. Back in March he left his management company, Modest Management and signed on with Jeffrey Azoff’s newly formed Full Stop Management.

More: Harry Styles' New Solo Material Will "Blow The Socks Off The World”

Last year it was reported that Styles had already begun working on solo material, after he registered four new songs with the American Society of Composers, Authors, and Publishers. The songs were titled ‘Already Home,’ ‘Coco,’ ‘Endlessly’ and ‘5378 Miles.’

In May Snow Patrol’s Johnny McDaid claimed Styles’ solo music will “blow the socks off the world”. "I'm really excited by the way he's sounding at the minute, he's such a talent," he said. "I think the world is going to be really shocked at what he comes up with."

Styles is also gearing up for his first movie role in Christopher Nolan’s World War II drama, Dunkirk, which is currently being filmed. The 22-year-old will star alongside Tom Hardy, Cillian Murphy, Kenneth Branagh and Mark Rylance.

The film centers on the British military evacuation of the French city of Dunkirk in 1940, where a British fleet of more than 800 boats saved more than 335,00 soldiers who had been cut off by the German Army.