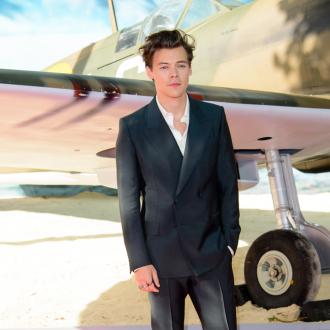 The 23-year-old singer come actor portrays soldier Alex in the World War II production and the One Direction band member believes the filmmaker helped him to react in the most instinctive way during filming for the production.

Speaking about his latest venture and working with Nolan on BBC Radio One, the hunk said: ''Chris makes this world that makes you react so naturally.

''You do not feel like you have to act that much as he makes it really instinctive.''

And the 'Sign of the Times' hitmaker has revealed he got ''carried away'' and totally ''immersed'' in the movie.

He added: ''And you get carried away. He makes it easy to be immersed in it.''

Harry enjoyed the project so much he would gladly re-make the film again.

Although 'Dunkirk' marks Harry's film debut, he thinks he has ''peaked too soon''.

The musician said: ''I've peaked too soon, there's no place to go. I haven't really thought about it to be honest, I loved this and I loved getting to work with everyone, maybe, maybe not.''