Harry Styles was met by a throng of female fans outside his Paris hotel on Monday.

One Direction singer Harry Styles was "nearly crushed to death" by a mob of screaming girls in Paris on Monday (April 29, 2013). The heartthrob was leaving Hotel Amour on Rue Navarin without proper security and was consequently pounced upon by a female crowd that went bananas, reports TMZ.com.

A couple of aides attempted to get Styles to his car, but the horde almost swallowed him whole and he lost his beanie hat in the process. One of Harry's minders struggles to wade through the crowds, before realising that he'd left the boy-bander behind and attempting to get back to the young star. It's absolute mayhem, and the hotel's nice roses take a bit of a beating too.

One Direction had a concert at the Palais Omnisports de Paris Bercy on Monday night (April 29, 2013) the first show of the European leg of their Take Me Home world tour. The band are currently working on their third LP, which could be ready for Christmas. "We've already started recording the album, we started about a month ago," Louis Tomlinson told the Daily Star, "We've been writing and recording it while on tour. We are really happy with it. We don't want to rush it but it will be out for Christmas." 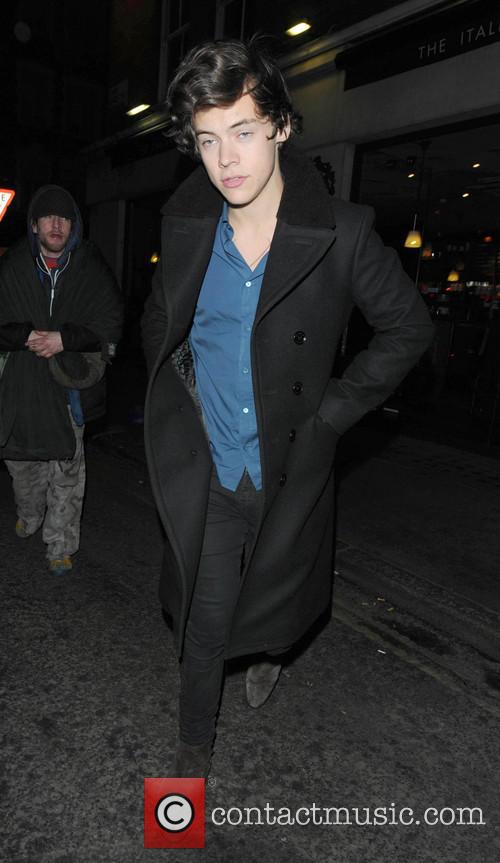