Will fans find it in their hearts to forgive him?

Everyone went absolutely crazy over that fanmade Snapchat shot of Harry Styles with short hair; we all knew that he'd had the chop but it is only now that he has actually revealed his new do in public. And, in actual fact, it's not much different to the fake version. 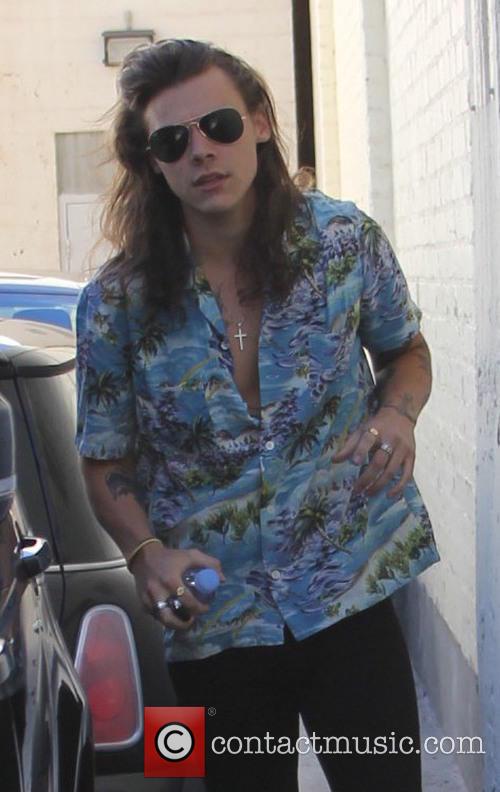 Earlier this month, the One Direction singer left his fans shellshocked when he Instagrammed a photo of his disembodied ponytail with a thumbs up, revealing that he has finally cut his famous curls ahead of filming for his acting debut, 'Dunkirk'; Christopher Nolan's wartime movie co-starring Tom Hardy and Cillian Murphy. Needless to say, his admirers weren't very happy, though the fact that he donated his hair to The Little Princess Trust to help make wigs for children undergoing chemotherapy did manage to impress a lot of people. Way to go, Harry!

As for the new do, it's a classic short back and sides - a style popular among both hipsters and World War 2 troops. In fact it's almost identical to Ellis Lacy's hair; a Snapchat faceswap expert who superimposed Styles' face onto his body, fooling the majority of One Directioners all over the world.

More: Are One Direction taking an extended hiatus?

Of course, fans are still mourning the loss of the singer's mop. Though there is hope; a source told Hollywood Life earlier this month that he was intending to regrow his hair after filming for 'Dunkirk' wraps. 'It was just the fact that he needed to do it for his film role that he chopped his hair, but he won't be cutting it for a while again after this', they said. Unfortunately, you may have a long time to wait as we can't expect 'Dunkirk' to hit theaters until the summer of 2017.

And anyway, who knows what roles Styles will take on next that could affect his hair?