Harry Styles is looking for a new house in Malibu, California, to add to his growing property portfolio. 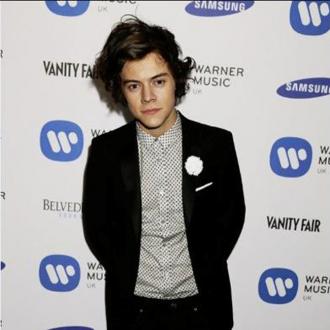 Harry Styles is looking for a new house in Malibu, California.

The One Direction heartthrob has been having meetings alongside his dad, Des - who helps look after his finances - about investing some of his millions in a new beach-side property.

''Des spent the week viewing other properties and land around the Los Feliz neighbourhood.

''Harry has his heart set on a Malibu house on the beach, like the one the Beckham family rented from [film director] Steven Spielberg a few years ago.

''Harry's dad is in charge of sourcing the best investments to safeguard his son's future.

''Des keeps drumming into him that everything he earns should go into property because eventually the 1D bubble will burst.''

Harry's dad sees property as the safest investment his 19-year-old son can make, and is no stranger to buying up houses himself.

A source has previously said: ''Des is a highly successful businessman who owns three properties and his own pub so he has advised him to invest all his wealth in a big property portfolio.''

Harry - who is currently on a massive world tour with One Direction - is also a huge fan of cars and is said to have purchased a classic Ford Capri, a sporty Audi R8 Coupe, a Range Rover 4x4 and two £100,000 Porsche Caymen S models, one of which he bought for his father.