Harry Styles has revealed David Beckham is one of his biggest inspirations. 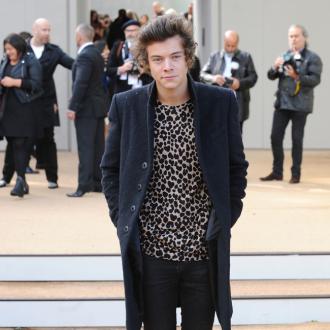 Harry Styles has revealed David Beckham is one of his biggest inspirations.

The One Direction star, 19, gushed about his admiration for the retired English footballer, 38, as he stepped out with his bandmates, Liam Payne, Louis Tomlinson and Niall Horan, to attend the 'The Class of 92' premiere at the Odeon West End in London's Leicester Square on Sunday night (01.12.13).

Speaking exclusively to BANG Showbiz, Harry said: ''Absolutely David is inspiring. He's a legend. This film is amazing because it's the team I grew up watching and my friend directed it as well so it's great. I'm really proud of him.''

While Phil enjoyed taking part in the film, which documents the rise to prominence of the six supremely talented young footballers, he insisted he has no desire to carve out a career in Hollywood.

He said: ''I don't want to do any more acting after this, it was great doing this but to be an actor you've got to have a special talent and confidence and self-belief and I think we are totally out of our comfort zones even stood on this red carpet really. It's hard enough playing football but it's easier than what we are doing tonight.''