One Direction's Harry Styles has reportedly offered to help rising star and new friend Meghan Trainor as she attempts to break the music industry. 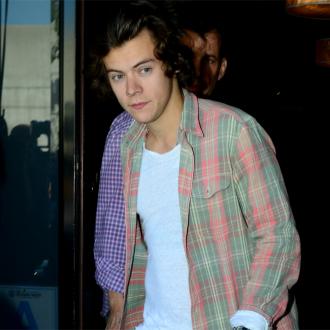 The 20-year-old hunk has got close to the beautiful blonde singer after meeting her in the US during One Direction's 'Where We Are' tour, and he plans to boost her singing career.

Fresh from releasing her track, 'All About That Bass', the 20-year-old star could potentially have help on her next hit from the One Direction band member, who is said to be excited to give his opinion on her upcoming songs.

A source told the Daily Mirror newspaper: ''They have a similar sense of humour and Harry was keen to lend her his musical opinion.

''He's got a great ear and she was keen to hear about what Harry had to say. They also have good chemistry and get on really well.''

Meghan has already been gushing over Harry and their new-found friendship, but she made it clear that she was struggling to get used to his level of fame.

Talking to USA Today, she said: ''I met Harry, and he's like a friend now. We just texted each other a minute ago and I'm still sweating over it.''

This isn't the first example of Harry branching out from One Direction.

The heartthrob has already got a reputation for his song-writing abilities after lending his talents to Ariana Grande's track, 'A Little Bit Of Your Heart'.

Irish band Kodaline also revealed that they've been busy in the studio with Harry.

''We would release a song with Harry. We ended up writing a song and having fun. Whatever's released is released.''