Harry Styles has reportedly become a follower of Kabbalah after being spotted wearing the spiritual organisation's trademark red string bracelet. 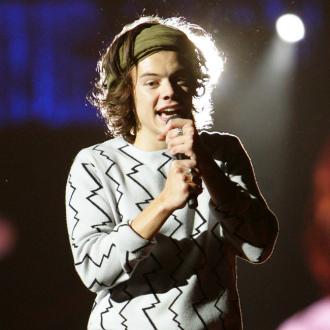 Harry Styles has reportedly become a follower of Kabbalah.

The One Direction heartthrob was spotted wearing the trademark red bracelet of the spiritual and educational organisation on his left wrist during his band's final UK gig of their 'Where We Are' tour at London's Wembley Stadium on Sunday night (08.06.14).

The red string accessories, which feature small charms, are traditionally knotted seven times and are meant to ward off misfortune brought about by the ''evil eye'', according to the Daily Mirror newspaper.

Kabbalah, which means ''to receive'', is a Jewish mysticism that draws upon astrology and numerology to provide a map for a spiritual life but is often mistaken for a religion.

Madonna first made the bracelets popular 15 years ago and fellow celebrities such as Demi Moore and The Rolling Stones' Sir Mick Jagger have since followed suit.

The 'Midnight Memories' hitmakers have raised an impressive £600,000 for charity during the UK and Ireland leg of their world tour, as they've donated 50p from each ticket sale to Stand Up To Cancer.