The singer returns to the music scene with his first collection of solo material.

Earlier this week, former One Direction boybander Harry Styles released his self-titled debut solo album, bringing fans a collection of new material, following on from his former bandmate Zayn Malik's 2016 record 'Mind of Mine'. Including his recent single 'Sign Of The Times', Styles allows his voice to command the LP, drawing on some big name influences with his debut and making an impression on those who listen. 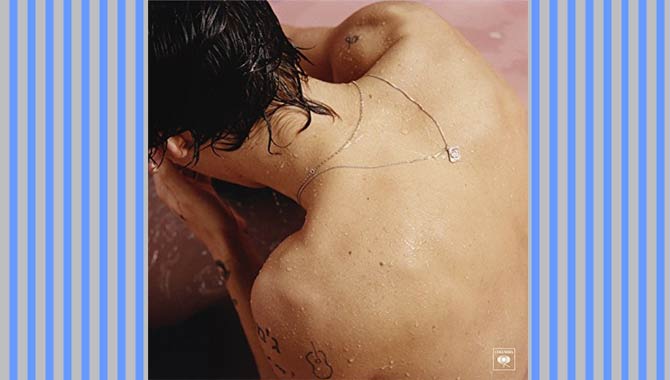 Styles is back, but not as we know him

Zayn managed to snatch up some fantastic reviews upon his solo album's release, but how has Styles fared? He's certainly one of the more popular members of the 'X Factor'-formed band, but will that translate into solo success for the youngster?

Here we take a look at some of the reviews for 'Harry Styles' - including our own from writer Jon Kean - to see if Styles has managed to branch out from the sort of music he's renowned for, giving himself a unique platform and voice to launch a successful solo career.

Jon Kean, ContactMusic: "70s/80s-MOR-yacht rock though it may be (I'm sure the mid-size arena tour is already pencilled in), it's a credible attempt at shedding the 'boy' epithet, having shed the 'band' already, establishing his credentials as more grown up, more rounded - more 3D."

Leah Greenblatt, EW: "econciling the folkie and the rogue hardly seems like Harry’s priority; instead, the 23-year-old basks in the privilege of paying tribute to his many musical heroes, and trying on all the styles that fit."

Rob Sheffield, Rolling Stone: "Through it all, he manages to steer clear of all the traps that ordinarily sabotage a boy-band star's solo move. But as the whole album proves, there's not a thing ordinary about this guy."

Roisin O'Connor, The Independent: "Styles has opened himself up, as best he can, to his audience, and by gathering a solid team around him to help achieve that he’s created an immersive, well-produced collection of songs that isn’t trying to prove anything in particular to anyone."

Leonie Cooper, NME: "To his credit, instead of taking the obvious route, in which Harry Styles became a post-Take That Robbie Williams, all silly gurns and stadium weepies, Harry and his co-writers have instead been looking to the masters of 1970s and 80s classic rock."

It would seem that Styles has done a good job of establishing himself as a solo artist to take seriously. He's impressed the majority of those listening to his material and has worked well with a team around him to cement a rockier flair and edge to his music. He's confident in his solo sound and it's instantly clear that he isn't making it with any goal other than to express himself and allow fans to enjoy themselves. This is a collection of work he can be proud of.