Harry Styles Finds It Easy To Weed Out Girls Who Only Like Him Because He's Famous. 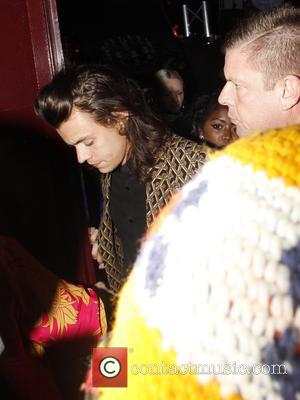 The One Direction singer has been linked to women including Taylor Swift and Kendall Jenner and is greeted by screaming fans wherever he goes. While fame has meant keeping his love life private is harder, he's become pretty good at spotting anyone with less than savoury intentions.

"I think people who approach people for the wrong reasons are usually quite transparent," he admitted during an interview on British TV show Lorraine.

Barely a day passes when Harry and his One Direction bandmates aren't scrutinised by fans, but luckily the boys have coping mechanisms in place that don't allow the gossip to take over.

"You have to get over it because if you keep reading the stories it will wreck your head," Niall Horan said.

Harry, Niall and bandmates Louis Tomlinson and Liam Payne will be awarded a much-needed breather when they take a hiatus in March (16). They can't wait to go home and see their families, with Niall admitting he hasn't had a chance to visit relatives since last Christmas.

"Probably the only downside to what we do is we don't see family and friends as much as we did previously," he confessed.

One Direction are due to play their final On the Road Again show on 31 October (15) and release their last album before the hiatus, Made in the A.M., on 13 November (15).