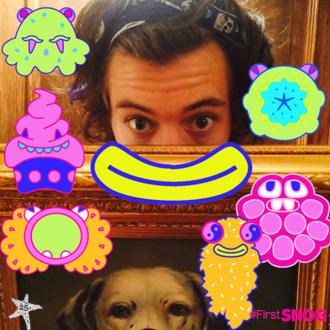 The stars have taken selfies to raise awareness of the cause, as SNOG frozen yogurt announces the special collaboration.

Singers Eliza Doolittle and Florence Welch, comedian Russell Brand and singer Sam Smith, who recently came out as gay, also join a host of other celebrities as SNOG helps Stonewall to raise funds via their London shops.

Talking about his own sexuality, Sam recently told The Fadar magazine: '''In the Lonely Hour' [my debut album] is about a guy that I fell in love with last year, and he didn't love me back. I think I'm over it now, but I was in a very dark place.''

He added: ''People say I'm the new Adele. Why is [gender] a talking point? I'm singing, I'm making music, I'm performing my music - that's what should be the talking point ... It shouldn't be an issue, but it will be an issue. It's always an issue.''

SNOG are selling a selection of rainbow-coloured fruits, which will be available for the duration of the Stonewall 25th anniversary celebration.

A donation of £3 can be made to Stonewall by texting 'SNOG' to 70300, with proceeds going towards the charity's continued international work.

Anyone wanting to support the cause can also use the hashtag '#FirstSnog' on Twitter.