Harry Styles flew into London to meet Kendall Jenner, who was staying in the Mayfair district. 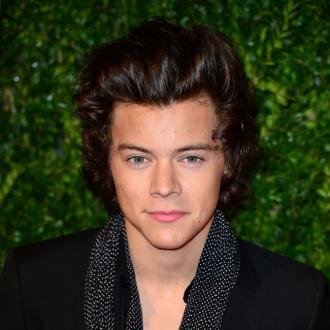 The One Direction star was at the NRJ Music Awards with the boy band in Cannes, Southern France, on Saturday night (14.12.13) but seemed to be keen to see his rumoured girlfriend who was in England's capital. The 19-year-old hunk was pictured outside the 'Keeping Up With The Kardashians' star's hotel at 2.20am, in the wealthy Mayfair district.

Earlier she'd posted a picture on Instagram of her looking at the famed clock tower which houses Big Ben, next the English capital's Houses of Parliament, captioning it: ''Hey Ben!''

Although Harry and Kendall - who were introduced by their managers in November - have denied they're dating they have been spotted out on numerous occasions.

The pair were seen in New York, when Harry took Kendall her to Therapy, a gay bar in the city's Hell's Kitchen area.

They were also seen going for a meal in Hollywood on November 25 and Harry was then seen leaving the Californian home of Kendall's father, Bruce Jenner, a few days later.