'Harry Potter' author J.K. Rowling's life story is to be turned into a movie, with US TV actress Poppy Montgomery set to play her. 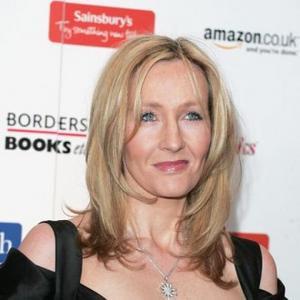 J.K. Rowling's life story is set to be turned into a movie.

The 'Harry Potter' author - who went from being a single mother receiving state benefits to being worth an estimated $804 million following the worldwide success of the schoolboy wizard franchise - will be portrayed in the film by actress Poppy Montgomery, known for her role as FBI agent Samantha Spade in US TV series 'Without a Trace'.

Entitled 'Strange Magic', the straight-to-TV movie is to be shot in Canada after film bosses found similar-looking buildings to the ones the writer - whose real first name is Joanne - frequented in the Scottish city of Edinburgh while she was writing the books.

The film will also feature details of the writer's early life in the British West Country, as well as explaining how the 'Harry Potter' concept was envisaged while the 45-year-old author was on a train Journey from Manchester, North West England, to London.

After revisiting her former cramped Edinburgh flat - where she penned the first book in the franchise 'Harry Potter and the Philosopher's Stone' - with a British TV crew in 2007, Rowling broke down in tears.

She said: "I feel I really became myself here. This is where I turned my life around. I'd made such a mess of things. So I just thought, 'Well, I want to write - and I wrote the book.' "