Harry Connick, Jr. Lost His Cool During A Live Episode Of Tv Talent Show American Idol On Wednesday (15apr15) When A Finalist Attacked The Programme's Voting Format Immediately After His Performance. 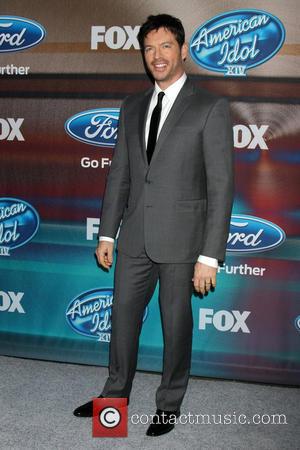 Quentin Alexander was clearly upset by the fact two of his fellow contestants and friends were facing ejection from the show, and when host Ryan Seacrest took him aside and asked him why he was so antsy onstage after singing his version of Lenny Kravitz's Are You Gonna Go My Way, the wannabe appeared to attack the producers and voting fans.

He said, "This sucks. We've got two of the best vocalists, my best friend, sitting over there, this whole thing is wack, but I'm going to shut up right now."

As Alexander started walking offstage, Connick, Jr. stood up and said, "I don't understand that at all, I don't get that."

He then tore into the 21-year-old singer, adding, "Quentin, if it's that wack, then you can always go home, because Idol is paying a lot of money to give you this experience and for you to say that to this hand that is feeding you right now, I think is highly disrespectful."

As his fellow judges, Jennifer Lopez and Keith Urban, sat awkwardly, Connick, Jr. faced off with Alexander as he marched up to the crooner at the judges table and attempted to clarify his comments.