'Star Wars: Episode VII' Getting Back On Track This Month

Star Wars Episode VII is set to resume filming later on this month following Harrison Ford’s injury on set back in June. The legendary star is reprising his iconic role of Han Solo for the much-anticipated reboot.

The break, no pun intended, was inserted to allow Ford to recover from a broken leg, which reported occurred after an altercation with a hydraulic door. Lucasfilm said: 'In August, the team will take a brief two-week hiatus while adjustments to the current production schedule are made as actor Harrison Ford recovers from a leg injury."

More: Could Harrison Ford Be Preparing To Return To 'Star Wars' Set After Leg Break? Actor Spotted Waking Without Cast

Before his dramatic injury, a 72-year-old Ford, famous for his all-action roles as both Indiana Jones and that of Solo, said: “I keep on coming back for more. If it doesn’t look real on the screen then an audience does not believe what it sees."

Having pulled muscles and damaged a disc in his back during the Indiana Jones films, Ford added: “Although I do my own running, jumping and falling, I always try to keep myself from being hurt. So I know what will work and what won’t.”

The star was seen in good spirits at the Expendables 3 premiere, which you can see pictures of here. His attendance got tongues wagging and keyboards tapping on when he’d be able to return to his Star Wars duties soon.

The oft-reported on Episode VII is shooting ahead of a December 2015 release date. Mark Hamill and Carrie Fisher are joining Ford in a return to the classic franchise – Hamill will play Luke Skywalker once more, while Fisher will play his sister Princes Leia. But the film also follows Star Wars’ penchant mixing raw talent and seasons professionals with the likes of Attack the Block's John Boyega, Lord of the Rings' Andy Serkis and Ingmar Bergman regular Max von Sydow also joining the party. 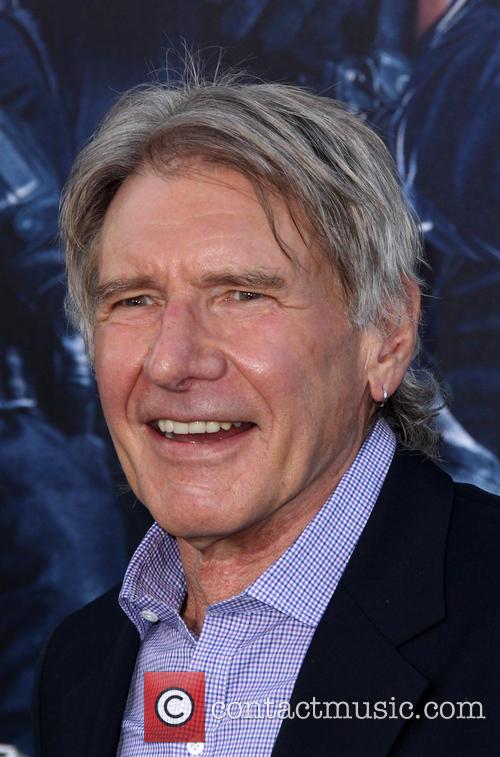