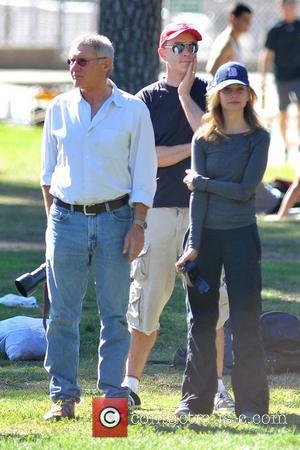 Stars Wars Episode 7 rumours are rolling in thick and fast. We’ve had possible directors, thematic content and now, one of the franchise’s most notable stars is reportedly willing to take on the role of Han Solo again, but will Harrison Ford want him dead?

"Harrison is open to the idea of doing the movie and he's upbeat about it, all three of them are," said one highly placed source, referring to Ford, Mark Hamill and Carrie Fisher, who plays Solo, Luke Skywalker and Princess Lea respectively, and in doing so, filled the boots of some of the best known and loved characters in cinematic history. However, in his famous interview with ABC, Ford lamented his character of Solo, saying, "As a character he was not so interesting to me," and continuing to explain, "I thought he should have died in the last one to give it some bottom... George didn't think there was any future in dead Han toys." Perhaps that will be a deal-breaker when it comes to contract negotiations with Lucasfilms, sorry, Disney.

You can expect these rumours to keep on churning out until Disney announce something real surrounding the film. The only thing they’ve said is that George Lucas will stay on as creative consultant, and that Episode 7 should be here in 2015. Then again, it’s only been a week or so since Disney’s huge purchase, so we’re expecting some real news to come out in the next few months.