Harrison Ford is "doing great" after being involved in a plane crash in March and is now back to work on 'Star Wars'.

Star Wars director J.J. Abrams has updated fans on Harrison Ford's health after he was involved in a plane crash earlier this year. Ford is now back working on the next instalment in the Star Wars franchise, Star Wars: The Force Awakens, in which he will reprise his role as Han Solo. 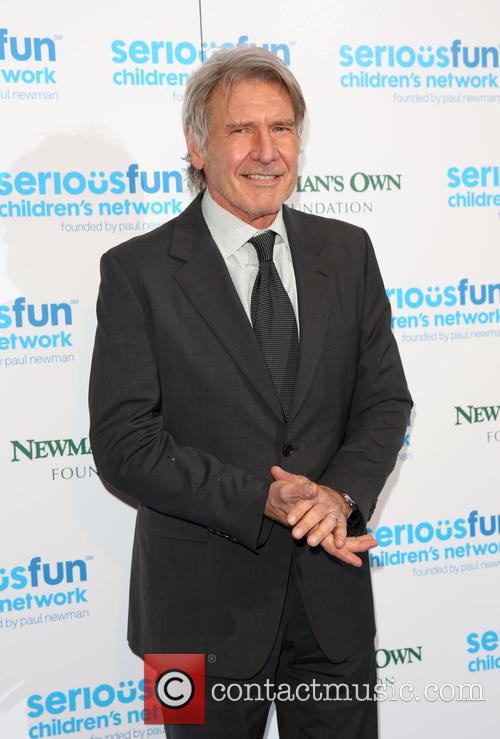 Harrison Ford is "doing great" after the plane accident, according to Star Wars director J.J. Abrams.

Ford was involved in a plane crash at the beginning of March. Ford had been flying his vintage World War II plane on 5th March when he was forced to make an emergency landing. He crashed landed on a Santa Monica golf course. 72-year-old Ford was the only passenger on board the plane and no one on the ground was injured, thanks to Ford's quick thinking. Unfortunately for Ford, he did sustain some injuries and was hospitalised for more than three weeks.

Abrams was at the Star Wars Celebration event in Anaheim on Thursday and revealed that Ford is doing well after the accident. Abrams, echoing the sentiments of the emergency services attending at the crash scene, described Ford as a "hero" for landing the plane as safely as possible given the circumstances.

"He [Ford] sends his best and he's doing great and working hard," Abrams said, as the Boston Herald reports.  "I had respect for him all my life, but I've never had more respect for a guy until I saw how he landed that plane - that was an amazing thing that he did. He's more of a hero in that move than I think he's been in all the movies he's been in. That was an incredible thing to do."

The event coincided with the release of the full length trailer for Star Wars: The Force Awakens. The film is due to be released on 18th December and, in addition to Ford, stars Oscar Isaac, Domhnall Gleeson, Carrie Fisher, Mark Hamill, Lupita Nyong'o and Gwendoline Christie, amongst a host of others.

Watch The Movie Trailer For Star Wars: The Force Awakens: