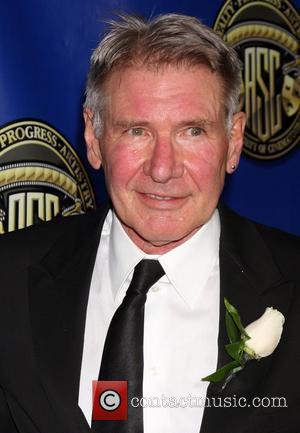 Harrison Ford has reportedly agreed to return as Han Solo in J.J. Abrams forthcoming movie Star Wars Episode VII, for Disney. Latino Review broke the news when the site's El Mayimbe appeared on Fox News Latino to discuss how the website goes about landing its exclusives. He claimed to have taken an informal Twitter poll on which subjects the website's fans most wanted top secret information on. When Star Wars won out, El Mayimbe went on the hunt for casting news.

Announcing his findings, the journalist said "Back in November, Harrison Ford said he was open to returning as Han Solo. But it's official, Harrison Ford will reprise his role in the new Star Wars movie. He's officially coming back as Han Solo. His deal is done, it's just the formalities. I just know the deal's pretty big and significant." When pressed on reports that Harrison Ford wanted his character killed off in George Lucas' previous movies, Mayimbe said, "I suspect that he may get his wish finally in one of these Star Wars movies, maybe not." Back in November, Ford had indicated that he'd be up for reprising the role, with J.J. Abrams reportedly keen on bringing back the original characters, including Luke Skywalker, Han Solo and Princess Leia.

In many ways, the casting really doesn't make sense, though perhaps Disney are planning to reintroduce the old character with Harrison Ford in Star Wars Episode 7 before having a younger actor playing him in a movie spin-off focusing on his origins?