Harrison Ford could reprise his role of Richard Decker in a new 'Blade Runner' film. 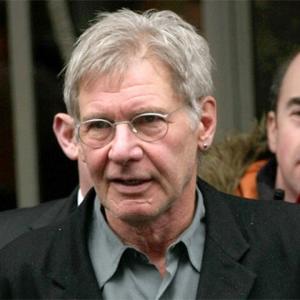 Harrison Ford could reprise his role in a new 'Blade Runner' film.

Ridley Scott, director of the original 1982 dystopian sci-fi film - loosely based on the book 'Do Androids Dream of Electric Sheep?' by Philip K. Dick - has already signed on to the project, and is thought Harrison will be approached to also have a role.

In the original film Harrison played Richard Decker, a Blade Runner, who's job was to hunt down organic superhuman robots who had escaped from a colony planet to Earth.

However, his life changes when he falls for one of the robots he is trying to hunt down and he struggles to keep her from being destroyed.

The project will be made with Alcon Entertainment, but it is not clear if Ridley intends to make a prequel or sequel to the original 1982 film.

Scott is currently working on the 'Alien' prequel 'Prometheus' and recently revealed it would have a "really nasty" feel.

He said: "The film will be really tough, really nasty. It's the dark side of the moon.

"We are talking about Gods and engineers. Engineers of space. And were The Aliens designed as a form of biological warfare? Or biology that would go in and clean up a planet."