Speaking to Empire magazine's special 'Star Wars' issue, the Han Solo actor described his relationship with Chewie as like "an old married couple".

Harrison Ford is set to delight Star Wars fans attending a free event in Sydney next month ahead of the release of the new movie.

The 73 year old actor, who reprises his Han Solo character in Star Wars: The Force Awakens, is to appear in person at the Sydney Opera House on December 10th. Tickets had been free, but they were limited in number and have already sold out.

Ahead of the release of the seventh instalment in the epic franchise on December 17th, Ford described the on-screen relationship with Chewbacca – Han’s trusted Wookiee sidekick – as like that of an “old married couple”. 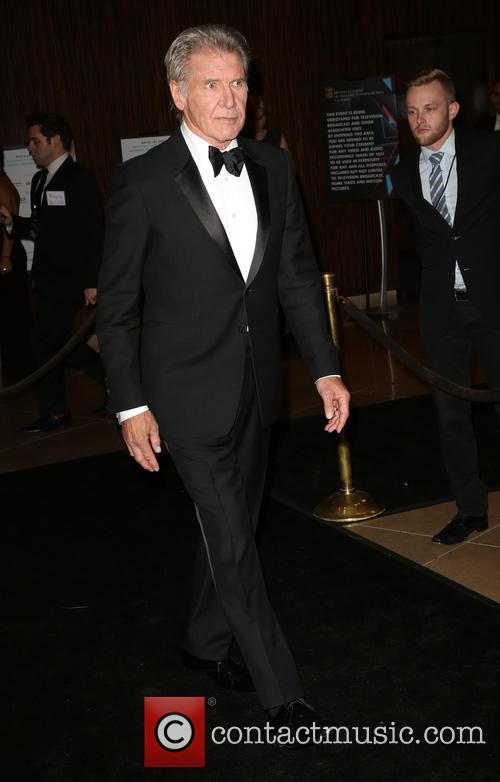 A number of the original trilogy’s cast, including Chewie, Han, Princess Leia and Mark Hamill, are set to play their characters once again, a full 32 years after The Return of the Jedi hit cinemas.

Speaking to Empire magazine’s Star Wars special edition, he said that the relationship between Solo and Peter Mayhew’s Chewbacca would be a reassuring constant despite the generational time-jump of the movie. “They were very much like an old married couple to start with,” he said. “I think people will find them very much the same as ever.”

Casting his mind back to when they were reunited on the set of The Force Awakens, he added: “It was as warm as fuzzy as you might imagine. It was great to see old friends.”

Mayhew, 71, testified to the same relationship. “I was sitting in my trailer,” Mayhew told the publication. “There was a knock at the door and someone shouted, ‘Where’s that walking carpet?’ It was Harrison. He came in, gave me a big hug and said, ‘Welcome Back’.”

“We still have the same bond, we look after each other,” he continued. “We are like a married couple! Especially when we’re in the cockpit together. I like it.”