Despite being an A-list star, Harrison Ford admits he isn't ''comfortable'' living a lavish Hollywood lifestyle and he'll never be caught riding in ''limousines with a hot tub in the back''. 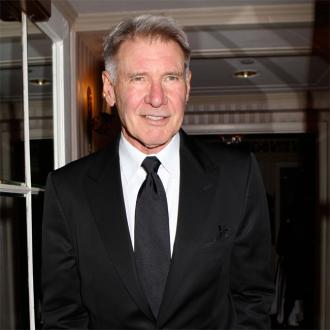 The 71-year-old screen legend insists he and his wife Calista Flockhart live a regular life and you want catch him riding in limousines or going to Hollywood parties.

He said: ''I'm not comfortable in stretched limousines with a hot tub in the back. There are times when I stumble across situations to have fun, but it sounds unlikely [that I'd do it].''

The 'Ender's Game' star admits he was an unruly teenager and didn't enjoy going to school.

Quizzed what he was like at the age of 16, Harrison candidly said: ''I was a hot mess. I'd lost interest in school by the seventh grade, sadly.''

The veteran actor - who has starred in hit movie franchises such as 'Star Wars' and 'Indiana Jones' - often gets asked for advice from young actors, but he doesn't feel it is his place to be a mentor to his youthful co-stars.

He explained to ShortList magazine: ''No, I don't get paid well enough for that. I don't know much more than they do ... When young actors say to me, 'You've done blah blah blah, any advice?' You know, figure out how to be useful. Work well with others!''

Meanwhile, Harrison believes his wife Calista - with whom he raises her adopted son Liam - is integral to him being a well-rounded man.

Asked what values make a man, he said: ''A good partner; a simple work ethic is very important; being a responsible parent; and being a useful citizen.''