Harrison Ford is making a rapid recovering from his recent leg injury and is determined to get in better shape than ever. 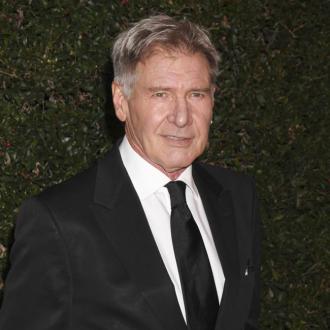 Harrison Ford is making a rapid recovering from his recent leg injury.

The 71-year-old actor - who suffered a broken leg and is currently in the midst of eight weeks of rehabilitation treatment after he was crushed by a hydraulic door while filming 'Star Wars: Episode VII' at the Pinewood Studios in Buckinghamshire, south east England last month - is doing much better and is determined to get in better shape than ever.

He added: ''He and I have been friends for a long time, over 30 years, and he is in great shape. He is going to get back even better than he was, and I've been monitoring it with him. He's feeling great and is in great spirits.''

A spokesperson for Harrison previously revealed he was doing well after undergoing surgery on his leg.

In a recent statement last month, his representative said: ''His surgery was successful and he will begin rehab shortly. He's doing well and looks forward to returning to work.''

The upcoming sci-fi movie, which is set for release in December 2015, has continued shooting as planned while Harrison recuperates.