Legendary actor Harrison Ford is 69 years old today and blames his advancing years for not understanding his latest film 'Cowboys & Aliens' when he first read The Script. 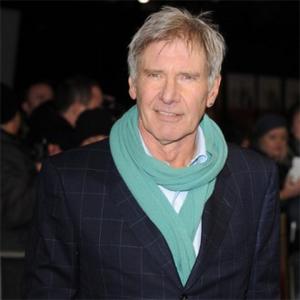 The 'Cowboys & Aliens' actor - who is married to 'Brothers & Sisters' star Calista Flockhart - hasn't revealed any party plans but it is thought he will spend the day with his wife and their adopted son Liam, ten.

Despite his advancing years, Harrison - who has starred in the 'Star Wars' and 'INDIANA JONES' franchises, shows no signs of slowing down although he revealed his agent blamed his age for the actor failing to understand his latest movie 'Cowboys & Aliens' - set in a 1870s mid-western US town under attack by aliens - when he first read The Script.

He said: "Well I read 30 pages and then I threw it across the room and I called my agent and I said, 'I don't get it. There's nothing in this for me. Why are you asking me to do this?'

Harrison was eventually convinced because he saw it as an opportunity to try something new.

He added: "I thought this was clearly something I haven't done before and one of the things to do at this stage is something if you haven't done before. As much as I have been part of sci-fi movies, I always approach them as fairytales. I didn't really think of the sci-fi."