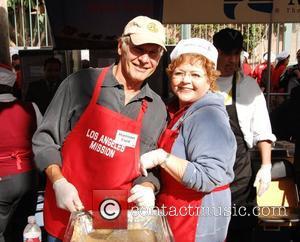 Harrison Ford refused to dye his grey hair for the new INDIANA JONES movie.
Filmmakers Steven Spielberg and George Lucas wanted him to cheat the ageing process by covering his silver streaks - but 65-year-old Ford fought them and won.
Ford says, "There was some early discussion about whether or not that would be a good idea. And I thought , 'Why can't Indiana Jones have grey hair? What's the difference?' And finally I did prevail. Look at (directors) George (Lucas) and Steven (Spielberg) - a bunch of grey-haired guys. It was their idea."