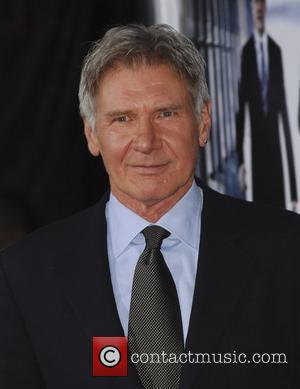 Harrison Ford loathes his celebrity status - because Hollywood has cost him his "privacy".
The 67 year old has enjoyed a career spanning more than 40 years, and starred in blockbusters including the Indiana Jones franchise and Star Wars.
But Ford, who is engaged to Calista Flockhart, hates being unable to escape the attention of the press and fans.
He says, "There's nothing good about being famous. You always think, 'If I'm successful, then I'll have opportunities.' You never figure the cost of fame will be a total loss of privacy. That's incalculable. What a burden that is for anybody. It was unanticipated and I've never enjoyed it. You can get the table you want in a restaurant. It gets you doctor's appointments. But what's that worth? Nothing."
However, Ford admits there are some benefits to finding fame in the movie industry: "I'm in it for the money. And I mean that in the nicest way possible. This is my job."