Get your first look at Jared Leto in action on 'Blade Runner 2049'.

The first full trailer for 'Blade Runner 2049' is finally here and we can hardly take our eyes off of it. With stunning sci-fi imagery and some intensely mysterious scenes featuring Blade Runners and Replicants, this is the reason it's one of the most anticipated films of the year.

We've already had a glimmer of Ryan Gosling and returning star Harrison Ford in action with the teaser, but this new clip sees a very sinister-looking Jared Leto as milky-eyed Replicant manufacturer Wallace. At this point, his softly spoken and yet creepy disposition is ambiguous, but we're sure he's a bad guy. 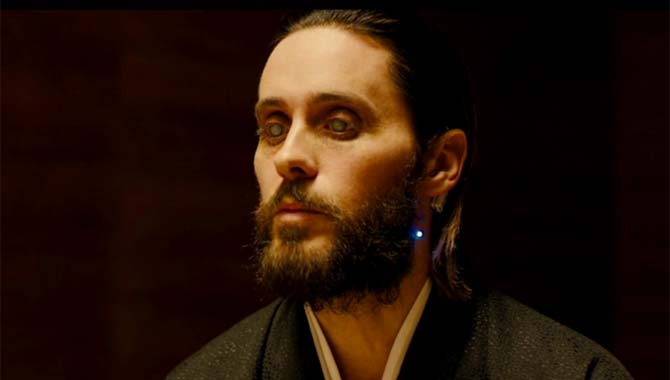 The new movie is set thirty years after events in 1982's 'Blade Runner'. Officer K (Gosling) is the new Blade Runner and he's uncovered a horrifying secret about the Replicants that could potentially destroy the world. He sets out to find former Blade Runner Rick Deckard (Ford), who has been AWOL for three decades, and uncovers his true identity of which we were originally left in the dark regarding whether or not he was human or Replicant.

It seems to be a time of reboots and belated sequels, and Harrison Ford has been enjoying three of them. Not only has he returned to 'Blade Runner 2049', he also reprised his role as Han Solo in 'Star Wars: The Force Awakens' and he is due to appear in a forthcoming Indiana Jones film. 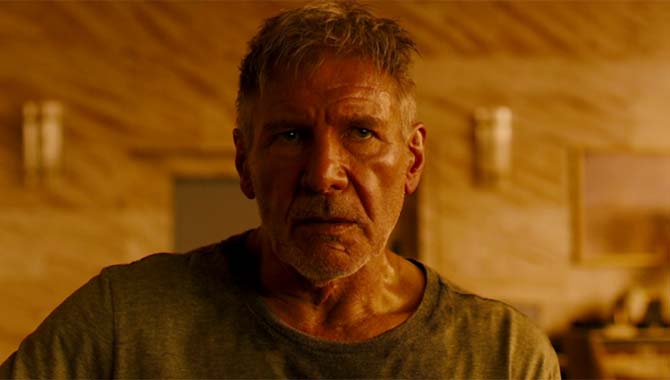 The original movie was based on the 1968 novel 'Do Androids Dream of Electric Sheep?' by Philip K. Dick and also starred Rutger Hauer and Sean Young who aren't thought to be returning to the sequel. The BAFTA nominated Denis Villeneuve ('Prisoners', 'Sicario') is at the helm, with former director Ridley Scott instead being executive producer while he puts all of his focus into 'Alien: Covenant'. 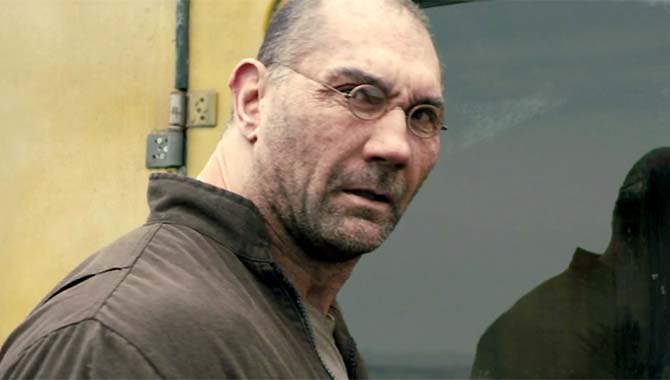