When two people from different walks of life find themselves unable to take their scheduled flights for their respective appointments the following day, they decide to band together to find another way. Ben Bass is an English surgeon determined to get to his patient in Baltimore, while Alex Martin is a journalist on her way to her wedding. When the latter suggests boarding a charter plane, it seems like a great idea - that is until they crash on a snowy mountain with a huge expanse of wildnerness surrounding them. With their pilot dead, the plane broken and no chance of being found out there since the pilot failed to file a flight plan, their only chance of survival is to trek across the mountain and pray for salvation. But they have to hurry; there's no food or water, and it seems their only shelter is the plane which they have to leave behind.

Continue: The Mountain Between Us Trailer

As in his Golden Globe-winning 2005 drama Paradise Now, Israeli filmmaker Hany Abu-Assad takes a complex, personal approach to a touchy political-religious situation in this Palestinian love story. It's not always an easy film to watch, but the characters are likeable, simply because they're so recognisably authentic, even if the setting and their actions may be unfamiliar. 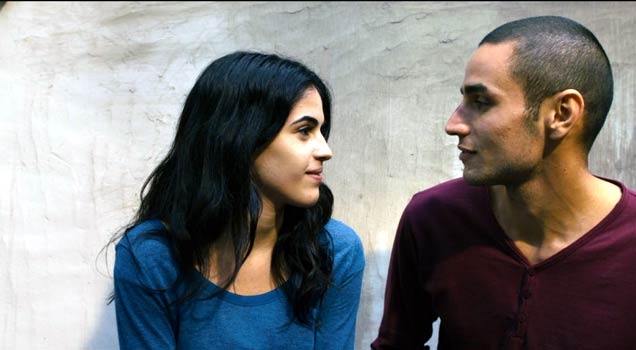 In a village bisected by the 8-metre tall Israel-Palestine wall, Omar (Adam Bakri) is a young Palestinian guy trying to have a normal life. He's in love with Nadia (Leem Lubany), sister of his best pal Tarek (Iyad Hoorani), but can't get up the nerve to ask for her hand. He's also got competition from their friend Amjad (Samer Bisharat). But things take a very dark turn when the three guys go out one evening to shoot a random Israeli soldier, out of frustration over years of brutal treatment at the hands of the Israeli security forces. Arrested and tortured, Omar is given an impossible choice by Israeli Agent Rami (Waleed F. Zuaiter). And now all of Omar's hopes for the future seem to be in jeopardy.

Abu-Assad tells this story with remarkable honesty, never shying away from either small joys or painful realities. The picture is almost of Israel as a schoolyard bully using brute force to push around the scrawnier Palestine, who's too scrappy to give up without a fight. In this setting, the sense of life as an oppressed minority is overpowering to watch. And Abu-Assad also shows the frustration of Israelis whose own personal lives have been disrupted (although not to remotely the same degree).