Zac Hanson To Be Dad Again

Zac Hanson and his wife Kathryn 'Kate' Tucker are expecting their second child together, the musician has revealed. 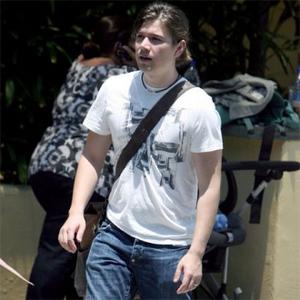 Zac Hanson and his wife are expecting a another baby, he has revealed.

The 'MMMBop' singer - who already has a two-year-old son John Ira Shepherd Hanson with his spouse Kathryn 'Kate' Tucker - made the surprise announcement on US radio show Kidd Kraddick in the Morning yesterday (01.06.10).

He said: "I have a new baby. It's coming. Nobody even knows."

When welcoming his firstborn in May 2008, Zac, 24, gushed: "There is not an audience or concert that could ever stand up to The Feeling of meeting your baby for the first time."

The musician's latest arrival will add to the ever-expanding Hanson family.

Hanson - which was made up of the trio of brothers - first shot to fame in 1997 with their worldwide smash hit single 'MMMBop'.