The unstoppable hit single 'MMMBop', which smashed the charts to smithereens in 1997, was written 20 years ago.

Celebrating two decades since they first laid down the demo version of the song that turned them into an international sensation, the three members of the American pop-rock band Hanson have spoken about their smash hit ‘MMMBop’, what it means and how they feel about it 20 years later.

The song was nominated for two Grammy Awards, and hit the top of the charts in 27 countries around the world when the group were all just teenagers. Taylor Hanson, now 33, is the second youngest of the trio and the lead singer on the track, and he revealed in a new interview with Vulture the slightly darker themes that lurk in the track despite the happy, upbeat exterior.

Surprisingly, despite the irresistible sing-along nature of the track, we’ve apparently all been doing the chorus wrong for the last 20 years. Asked whether he had ever heard a good cover version, oldest brother Isaac replied: “I gotta be honest: no… …people can’t sing the chorus right. Most of the time they syncopate it wrong.” 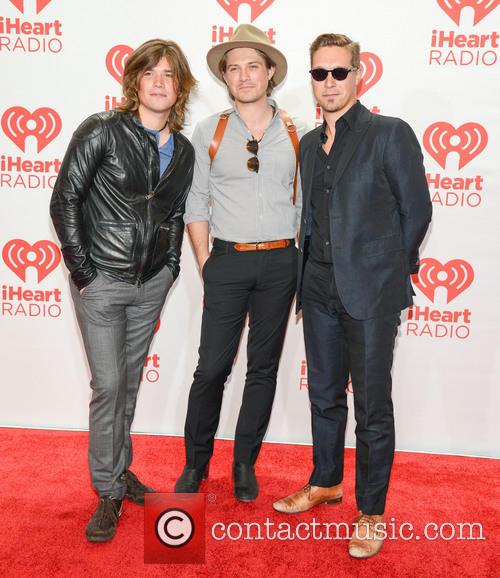 The Hanson brothers pictured in 2013

The group, which has sold over 16 million copies around the world, has never come close to equalling the huge success of their breakout ‘MMMBop’, though they still enjoy a significant fanbase in their homeland. Their most recent album Anthem, released in 2013, became their eighth record to chart within the top forty of the Billboard 200.

Elsewhere, they claim that the creative process they used to make the hit single was similar to that used by Picasso.

“There’s this documentary about Picasso that I love, and it shows him actually painting, the whole process, and, not to compare us to Picasso, but to see all the iterations from the start to finish, several times you could be like, “That’s great!,” but he kept changing and changing until he thought it was done,” said Taylor.

“With the song, it required those two elements to become what it was. I think that might be a terrible thing for me to reference. But I do find it really interesting to watch the twists and turns you take from concept to finish.”

“It’s not exactly sunshine and rainbows,” says Taylor, “but it’s packaged in a way that it’s looking for the moral to the story. The staying power of that song is about the fact that it’s more than it looks like at first glance. That hook is what gets you in, but what’s below that is what keeps you there.”