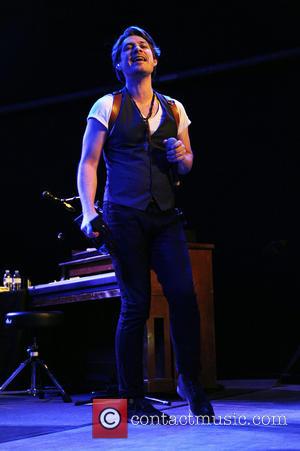 Picture: Hanson - Isaac, Zac and Taylor Hanson of Hanson perform on stage at the Magazzini Generali on December 17, 2013 in Milan, Italy - Milan,...

Pop stars Hanson are set to launch their first beer and music festival in their native Oklahoma after serving up their own brew last year (13).

The MMMBop brothers unveiled their own Indian pale ale, titled MmmHops after their hit song, in the autumn (13) and now they have decided to bring together breweries across the state for their inaugural Hop Jam Craft Beer and Music Festival.

The one-day event will be held on 18 May (14) to coincide with American Craft Beer Week and it will feature a free concert headlined by Hanson.

The siblings are also offering aspiring musicians in Oklahoma the chance to join the line-up as their opening act by submitting demos for a public vote. The winner will be selected on 11 May (14).

Singer Taylor Hanson says, "Through The Hop Jam, our hope is that we can help support the craft beer community and foster a one-of-a kind music event, while also creating an anchor for the city's downtown renewal."