Halsey Reveals Namesake Assured Her She 'Wasn't A Complete Weirdo'

The pop starlet is rounding off an incredible year in style.

It's been a whirlwind of a year for Halsey, who released her debut album 'Badlands' in the summer and entered the US charts for the first time with single 'New Americana'. We're hoping to see a lot more of her as we break into 2016, and with a full tour still underway until March, we're sure we won't be disappointed. 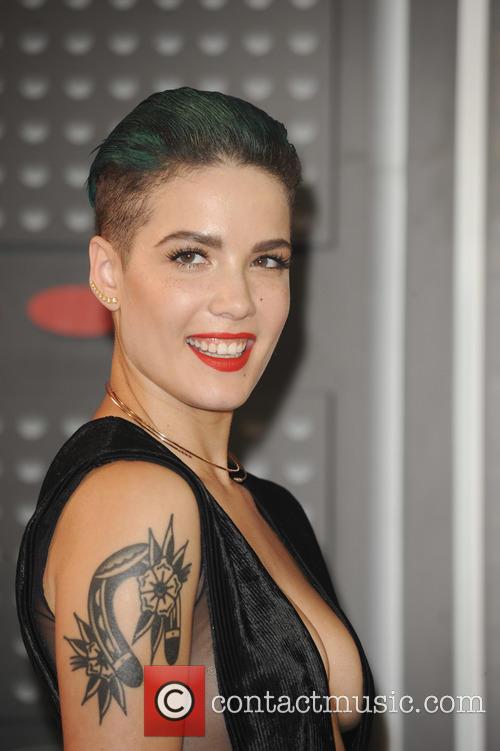 Halsey has had one heck of a year

So, what do we know about this tattooed electro-pop starlet? First of all, 'Halsey' is an anagram of her real name Ashley; that's clever enough, but there's also a deeper significance. 'It's also a street in Brooklyn where I spent a lot of time growing up', she explains, recalling catching the train from her hometown in New Jersey. 'Halsey Street is where a friend of mine lived and that's where I cultivated my character throughout my adolescence. It was a life that assured me that I wasn't a complete weirdo. And that's where I decided I wanted to be a musician.'

Halsey describes her upbringing as having been 'a little bit different'. Her parents were both young when they welcomed her into the world, and you might be surprised to know that she's also mixed race. 'A have a black dad and a white mom. My father used to listen to Biggie, Slick Rick, Bone Thugs-N-Harmony and 2Pac, and my mom was listening to The Cure, Alanis Morissette and Nirvana', she reveals. 'The eclectic influence that I had growing up definitely affected me.'

It also definitely affected a lot of other people too, because she became an instant hit when she unveiled her single 'Ghost' online and subsequently signed to Astralwerks. After that came her EP, 'Room 93', exploring her attraction to hotel rooms, and in August 2015 she finally launched her 'angry female' first album 'Badlands' which hit number 2 in the US charts.

More: Watch the video for her single 'New Americana'

Also this year, she teamed up with Justin Bieber on his song 'The Feeling', featuring on his latest album 'Purpose'. Following her US performance run, the rest of the world can now catch Halsey live across the Australia, the UK and Europe - and tickets are selling out fast!

She will also be performing a special concert at Madison Square Garden in New York on August 13th 2016, an event which is also unsurprisingly sold out.