Halsey will ''absolutely not'' work with Iggy Azalea on her next record as she branded the rapper as a ''f***ing moron''. 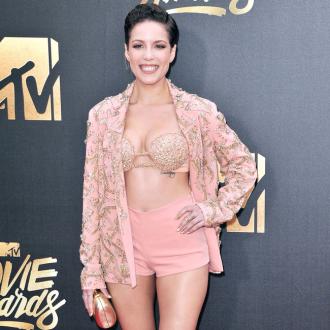 Halsey will ''absolutely not'' work with Iggy Azalea on her next record.

The 22-year-old singer - real name Ashley Frangipane - recently released her second studio album 'Hopeless Fountain Kingdom', but is already looking for people she could team up with when she begins work on her third venture.

One person who definitely won't be making an appearance in Halsey's work is 27-year-old rapper Iggy Azalea, as the 'Colours' hitmaker has branded her a ''f***ing moron'' for ''disregarding black culture.''

Halsey said: ''There's a lot of people I wouldn't put on my record. Iggy Azalea: absolutely not. She had a complete disregard for black culture. F***ing moron. I watched her career dissolve and it fascinated me.''

And Halsey also hinted she wouldn't be collaborating with Migos rapper Quavo again after he came under fire for his recent comments on homosexuality, but insisted she believes the star was ''misunderstood''.

Speaking about Quavo - whom she worked with on her track 'Lie' - Halsey said: ''I think he's misunderstood. Just because I choose to be a socially conscious artist, and I'm pretty good at it, that doesn't mean every artist is going to be equipped to be politically correct. I don't think he's inherently homophobic, I think he's in a tough place of trying to explain what he means. I agree his apology was bulls**t but I can't police everybody.''

The 'Now or Never' singer also admitted she doesn't believe she'll be a musician ''for ever'', and thinks she'll branch into songwriting eventually.

She told The Guardian newspaper: ''Ultimately, I'm going to end up a songwriter. I don't think I'm going to be an artist for ever. People who do it have a sick masochism.''