Halsey was warned not to release Nightmare

Halsey has revealed that she was advised not to release 'Nightmare' as a follow-up to her chart-topping '11 Minutes', with boyfriend Yungblud and Travis Barker. 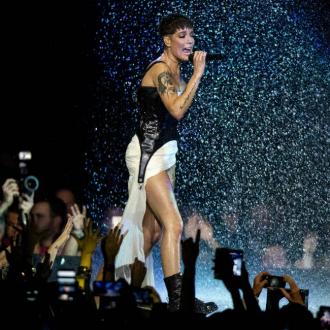 Halsey was warned not to release 'Nightmare'.

The 24-year-old singer has revealed that she was advised not to release the track, which she previously called an ''angry anthem'', as a follow-up to her chart-topping '11 Minutes', with boyfriend Yungblud and Travis Barker, but she did because she was determined to be more political.

Halsey told America's Cosmopolitan magazine: ''That's the problem: I'll do what I want, knock down everyone in my path who says I shouldn't, and then when people don't like it, I'm like, 'Why?!'

''When I made 'Nightmare,' there were people saying, 'I don't think this is the move. You just had a number one song and now you're gonna put out this weird, political song that's not safe.' Well, yeah, that's why I'm gonna do it.''

Halsey - who has just announced that 'Graveyard' will be her next single - now wants to highlight female empowerment after she finally stopped seeing other women as competition.

She recently said: ''Female rage is a very tight subject for me right now. I spent my whole life being the person who's like 'I f**king hate girls, I only want to hang out with boys; girls are so annoying'.

''And now I'm in my 20s and I'm like 'I love women! They're awesome!' Women are so tight, I'm surrounded by amazing women and I love how strong and beautiful and incredible they all are in their own ways. It's cool to be in my 20s and to have like grown out of that internalised misogyny. I've grown comfortable in my own space and in my own skin, so it eliminates that factor of competition for sure.''